India batted 67 overs in their second innings to declare at 323 for 4, leaving South Africa with a near-impossible chase of 395 with an hour on the fourth day and full fifth day for batting. South Africa finished at 11 for one in nine overs bowled in second innings 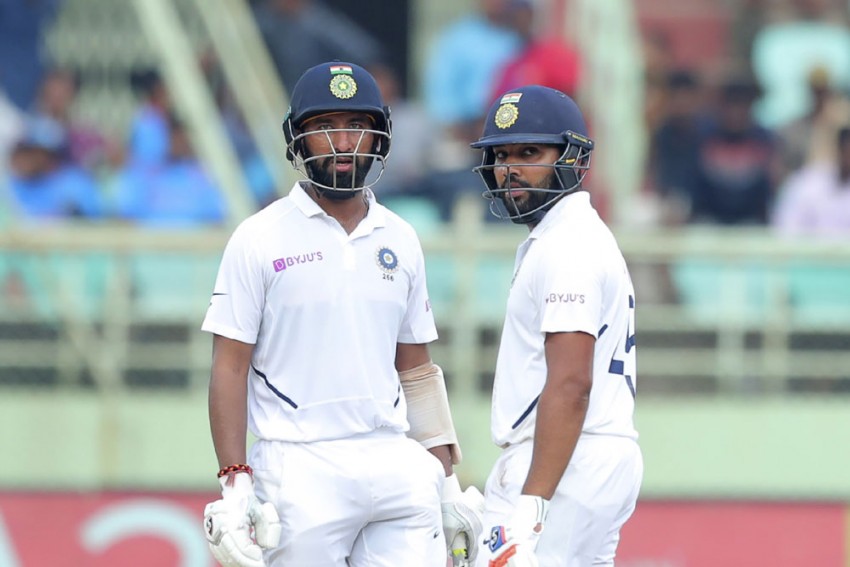 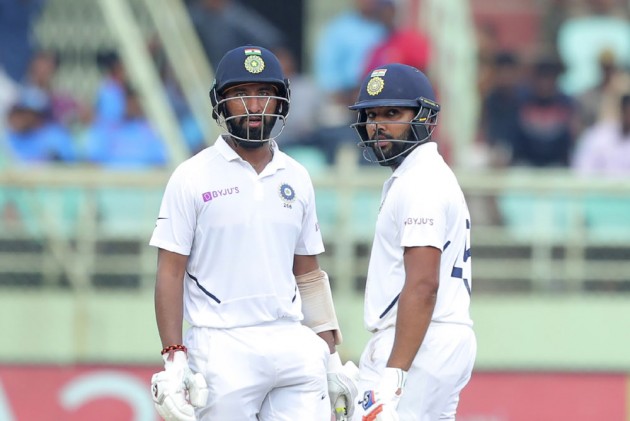 Senior batsman Cheteshwar Pujara on Saturday said that the Indian team timed their second innings declaration in such a manner that they didn't have to start with a soft semi new-ball on the fifth day of their first Test against South Africa at Visakhapatnam.

India batted 67 overs in their second innings to declare at 323 for 4, leaving South Africa with a near-impossible chase of 395 with an hour on the fourth day and full fifth day for batting. South Africa finished at 11 for one in nine overs bowled in second innings.

Asked if the timing of declaration was right, Pujara said, "It was. We did not want to bowl too many overs because we wanted to keep the ball hard for start of day five. You don't want to end up bowling too many overs and once the ball gets soft, it gets slightly easier to bat."

Read: Ashwin On The Cusp Of Equalling Massive Muralitharan Record

"We picked up a crucial wicket (Dean Elgar). So as a team, we are happy with the way things went today," said Pujara, who scored a crucial 81 and shared a 169-run stand with twin centurion Rohit Sharma.

Pujara also felt that it won't be easy for batting on a fifth-day track.

"Hopefully, on day five, this pitch wouldn't be easy to bat on and there will be a little more assistance for spinners. We have already seen that the pitch offers variable bounce, so the fast bowlers will also come into play. I think so there is enough rough for spinners and the cracks will open up bit more on day five," India's ever-dependable No 3 said.

Pujara is expecting Ravindra Jadeja to exploit the roughs as certain deliveries have either kicked up or stayed low from the spots created.

Pujara changed gears after the first drinks break of the afternoon session. He had made eight runs off his first 62 balls before unleashing an all-out attack on the struggling South African spinners. His 148 ball-81 comprised 13 fours and two sixes.

On a pitch where Rohit batted with ease, the more conventional Pujara, found it difficult to score quickly.

"It was a difficult pitch to bat on. It was not easy to rotate the strike and it was not easy to time the ball well and especially with my game and the kind of shots that I play, I was finding it little difficult early on. I knew that I once I was set, I will able to know the pace of the pitch.

"Once I knew that (pace of the pitch), I actually changed by point of impact little later on. Yes, earlier on it was bit difficult but once I realized that, I played a few shots and obviously with the same technique."

Rohit batting at an impressive strike rate also helped Pujara to settle down. Talking about Rohit's batting and his second hundred of the series, Pujara was all praise.

"The way Rohit was batting, I felt we were scoring at a decent pace and I could take some extra time to settle down. He batted really well in the first innings also but in the second innings, situation was different. (Especially), to play all those strokes that he did on this wicket.

"Our partnership was crucial. Our communication was good as he we have batted together since our under-19 days."

"It was a joy to watch him bat. Hitting sixes is his strength, he has excelled in white ball cricket. The way he hits sixes is incredible and and as a Test batsman, who wants to improve his ODI and T20 cricket, there is lots to learn from him. Especially, when it comes to hitting the ball out of the park," added Pujara.