Rohit Sharma was in no mood of slowing down and wanted to have every single run taken during the fourth day's play of first India vs South Africa Test match at Visakhapatnam. Then he was caught swearing at his partner, Cheteshwar Pujara for not taking a single. Here's the video 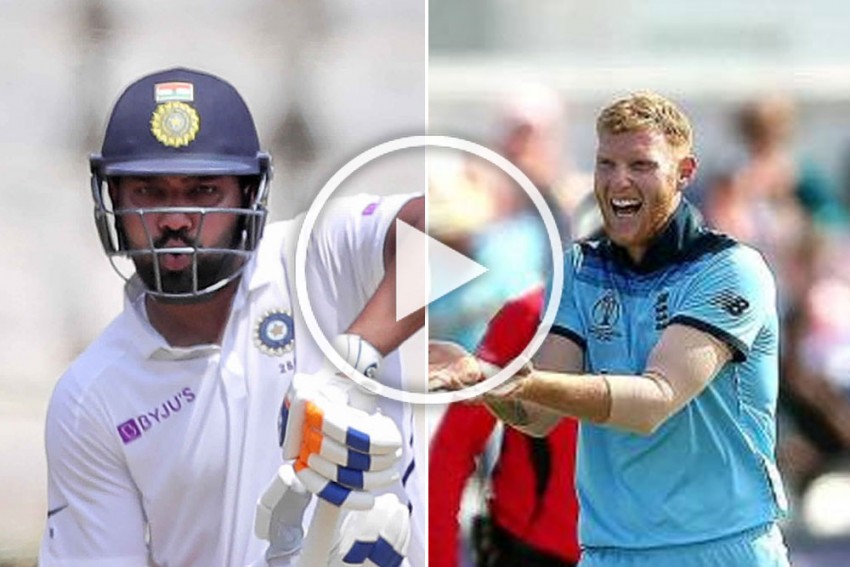 Rohit became the first ever opener to hit centuries in each innings of a Test on debut.
Outlook Web Bureau October 05, 2019 00:00 IST IND Vs SA, 1st Test: Rohit Sharma Swears At Cheteshwar Pujara In Hindi, Ben Stokes Sums It With A Brilliant Tweet 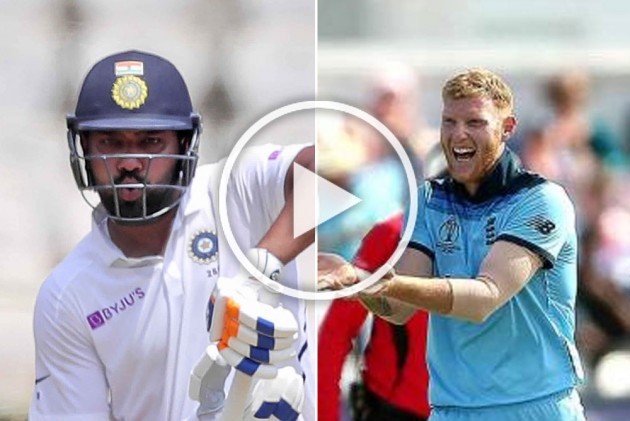 Rohit Sharma, who is opening for India for the first time in Test cricket, is having a whale of a time in the centre. On Saturday, he became the first batsman ever to score two hundreds on debut as an opener as India took control of the first Test against South Africa at Visakhapatnam.

The right-handed batsman reached the land-mark in 133 balls with a single off the fifth ball of the 53rd over, bowled by Vernon Philander. Vijay Hazare, Sunil Gavaskar (thrice), Rahul Dravid (twice), Virat Kohli and Ajinkya Rahane are the other Indian batsmen to have score centuries in each of a Test.

The 32-year-old was in no mood of slowing down and wanted to have every single run taken. And he was caught swearing at his partner Cheteshwar Pujara for not taking a single. Here's the video.

This time it’s Rohit not Virat....if you know you know ðÂÂÂÂÂÂÂÂÂÂÂÂ

Then the reactions. But the best of the lot was from England all-rounder Ben Stokes, who by now already knows a lot of Hindi profanity thanks to his stint with Indian Premier League.

Well, about that Virat Kohli in the tweet, the Indian captain is notorious for using cuss words.

Earlier this year, Stokes had taken a jibe at Kohli, saying the cricketer uses the cuss word rather than his name.

The 28-year-old also said that it used to be funny but it is not anymore.

"I may delete Twitter just so I don't have to see another tweet reading "He's saying Ben Stokes"(when he's clearly not)in reply to a video of Virat saying you know what it was funny the first 100,000 times," Stokes had tweeted.

Unlike the good old days, cricket broadcasters have used stump mic to make the game more interesting, bringing players' thoughts and words into the living room. And not all everything these stars say is beautiful, though. It seems like, sports too need parental guidance.

IND Vs SA, 1st Test: Rohit Sharma Becomes First Ever Batsman To Score Two Centuries On Debut As An Opener