IND Vs SA, 1st Test: Rohit Sharma Becomes First Ever Batsman To Score Two Centuries On Debut As An Opener

Rohit Sharma, who scored a brilliant 176 in the first innings of the first Test against South Africa at Visakhapatnam, was unbeaten on 84 at Tea on Day 4, and had already broken a host of records 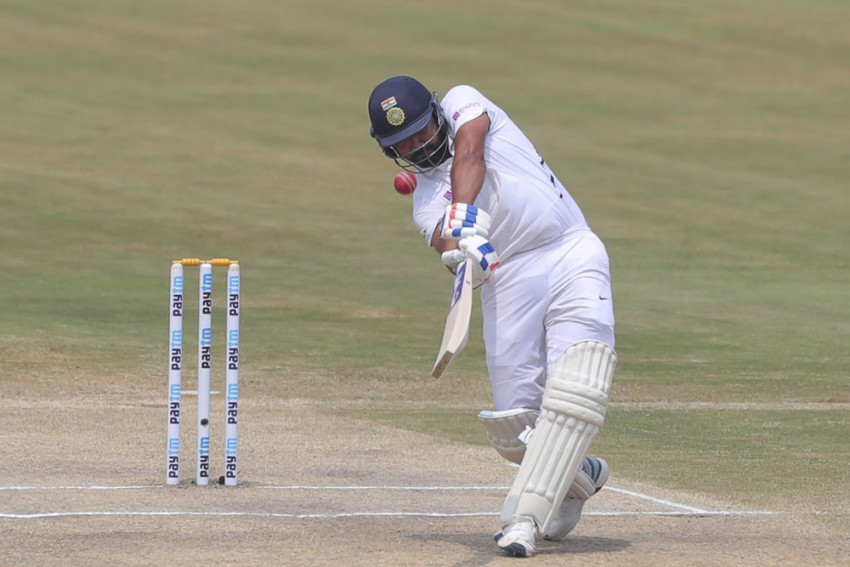 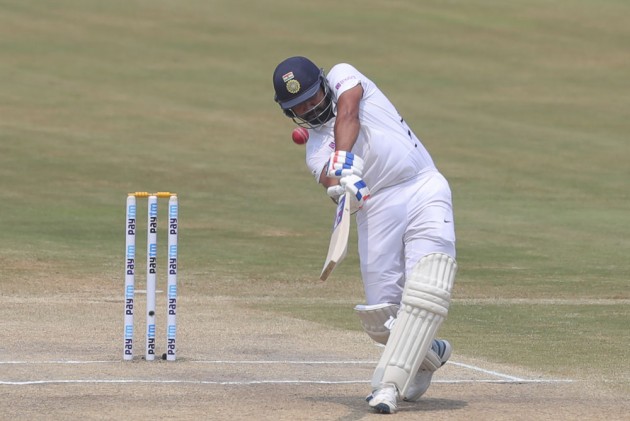 It's turning out to be a fairy tale story for Rohit Sharma, who after enduring years of uncertainty and self-doubt as a Test player, is now breaking records as an opener in the traditional format of the game. He became the first batsman ever to score two hundreds on debut as an opener! And it's only one match old. On Saturday, Rohit broke a host of batting records while producing yet another sublime knock against South Africa at Visakhapatnam.

The right-handed batsman reached the land-mark in 133 balls with a single off the fifth ball of the 53rd over, bowled by Vernon Philander. Vijay Hazare, Sunil Gavaskar (thrice), Rahul Dravid (twice), Virat Kohli and Ajinkya Rahane are the other Indian batsmen to have score centuries in each of a Test.

Rohit, 32, scored a brilliant 176 in the first innings as India declared at 502/7. The Proteas responded strongly, posting 431 runs with centuries from Dean Elgar and Quinton de Kock. Given the opportunity to bat again in the match, Rohit started on a confident note, hitting sixes. First off Keshav Maharaj in the sixth and 12th overs, then a third off Dane Peidt in the 20th over, to become the Indian batsman with the most number of sixes in a Test match. The record previously belonged to Navjot Singh Sidhu, who had hit 8 sixes at Lucknow in 1994.

After reaching his fifty in the 29th over with a single off the first ball, Rohit broke Rahul Dravid's record for the most number of consecutive fifty-plus scores in Tests at home. Dravid had hit six successive fifty-plus scores between 1997 and 1998. Previously, the record was jointly shared by West Indies' Everton Weekes (Nov 1948 - Feb 1949) and Zimbabwe's Andy Flower (Mar 1993 - Nov 2000).

Read: Rohit Talks About His First Century As Opener

Rohit also surpassed former Australian-South African cricketer, Kepler Wessels to become the batsman with most runs while opening the innings for the first time in Test cricket. Wessels had 208 runs in his two innings for Australia against England in 1982-83.

Then there are other records:

ROHIT SHARMA has completed 9000 international runs as an opener

He's the first Indian batsman to score 10 sixes in a Test match.

He now has the most sixes in all three formats for India.

âÂÂÂÂÂÂRohit Has to PerForm Well Overseas to Become a Good Batsman In Test Cricket.

The first batsman ever to score two hundreds on debut as an opener!