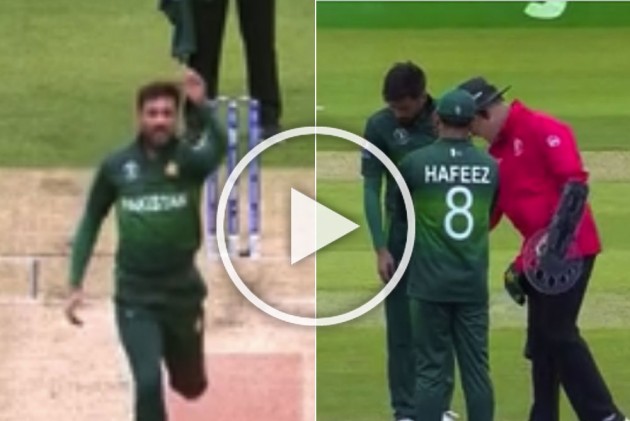 In a controversial start to high-octane India vs Pakistan match of the ICC Cricket World Cup 2019 at Old Trafford, Manchester on Sunday, Mohammad Amir was warned by umpires for running into the danger zone of the pitch.

Amir received his second warning from the umpire for running on the pitch in his follow-through - in just his third over. One more and he's out of the attack.

2nd Warning_edit_0 from Last on Vimeo.

2 warnings issued to Mohammad Amir for stepping on the middle of the pitch. They just don't have any respect for borders and boundaries. #IndiaVsPakistan #INDvPAK #INDvsPAK pic.twitter.com/5lMS9oQh4j

He was first warned in the third over by umpire Bruce Oxenford, which prompted Pakistan skipper Sarfaraz Ahmed to have a word with the official.

The second warning, also from the same umpire, came in the fifth over of the match.

Amir wasn't in Pakistan's initial World Cup squad. He is the leading wicket-taker of the tournament with 10 scalps in three matches.

Pakistan won the toss and put India into bat.