In reply to India's first innings score of 217, New Zealand were 101 for two at the close play on Day 3 of the ICC World Test Championship final in Southampton 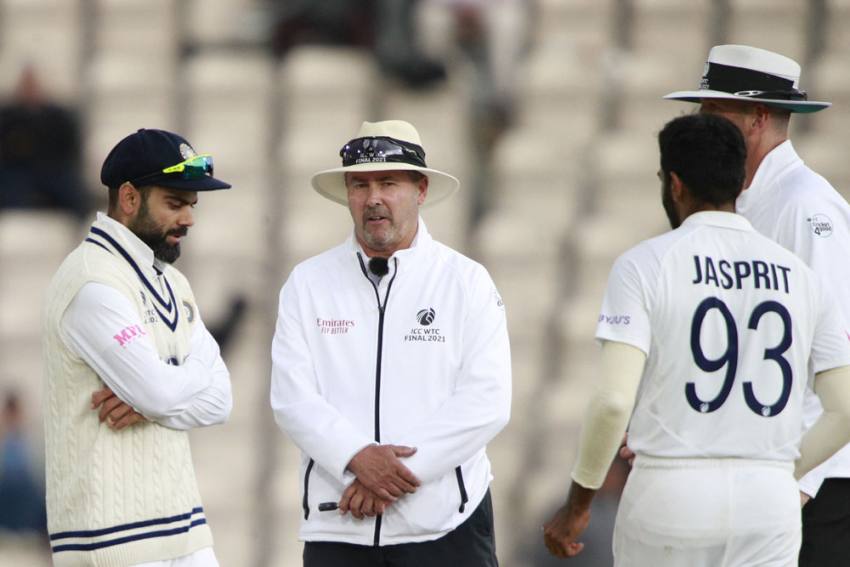 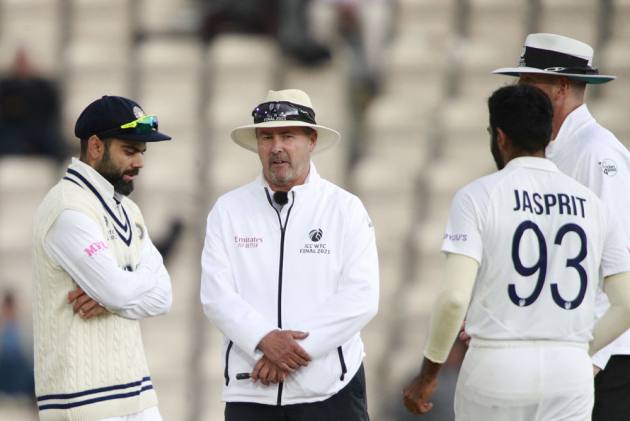 Jamieson's second five-wicket haul against India in three Tests had Virat Kohli's men all out for 217 in overcast conditions.

In reply, New Zealand were 101 for two at stumps as Conway (54 off 152 balls) scored his third successive Test half-century before flicking one off Ishant Sharma to Mohammed Shami before the close of play.

It was 6 feet 8 inch tall Jamieson, who after last year's series in New Zealand, has once again turned into a nightmare for the Indian batsmen.

Having removed Rohit Sharma on Saturday morning, Jamieson was relentless with his length and the bounce did the rest with clever traps laid for skipper Kohli and the dangerous Rishabh Pant.

Kohli and his deputy Ajinkya Rahane walked into a nicely laid traps as India failed to reach 250, a good total in the prevailing conditions as per batting coach Vikram Rathour.

The overcast conditions made batting difficult and the likes of Jamieson, Boult and Wagner indulged in a 'who blinks first' game with the Indian batters and came out trumps with some incisive seam, swing and short pitched bowling.

Kohli (44, 132 balls) couldn't add a single run to his overnight score as his RCB teammate Jamieson made life difficult for him.

Kohli, who had shown admirable patience in leaving every delivery outside the off-stump on day two, was ready to dig deep but the Black Caps resorted to the tactics that worked wonderfully against the India captain in their home conditions back in 2020.

Boult and Jamieson kept bowling outside the off-stump channel and Kohli kept on leaving before the lanky seamer went slightly wide off the crease and got one to aim at rival skipper's boot laces.

Kohli had shaped for an away going delivery and the balance of his head was tilted outside the off-stump, leaving him in tangle and the DRS review that he took was a waste of time.

Pant didn't score a run for 19 balls and then got a boundary with a flick through mid-wicket. Two balls later, he took the bait when Jamieson angled one on the imaginary fifth off-stump. He went for an expansive drive only to be snapped in the third slip by Tom Latham.

Once the 61-run stand with Kohli had ended, Rahane (49, 119 balls) sensed that the scoreboard needed a move on and started playing a few shots.

But perhaps, the milestone was working on his mind and despite playing a mistimed pull-shot one ball earlier, Wagner with his signature short ball prevented him from reaching a well-deserved fifty.

Rahane's disappointment was evident as he fell into the trap to play the pull-shot despite knowing that Wagner had kept a deep fine leg and long leg for the shot.

Ravichandran Ashwin (22) threw his bat around and got some useful runs but was never going to last long as Southee took care of him just before lunch break.

Post lunch, Jamieson removed Ishant and Jasprit Bumrah off successive deliveries but Shami prevented him from completing a hat-trick.

When New Zealand batted, Conway and the ever-stodgy Tom Latham (30 off 104) added 70, blunting the sharp new ball attack from the Indians.

Shami (0/19 in 11 overs) presented a nice seam position but without much success while Ashwin (1/20 in 12 overs) got appreciable drift and dip to remove Latham.