India demolished England by 10 wickets in just under two days to go 2-1 up in the four-match series. 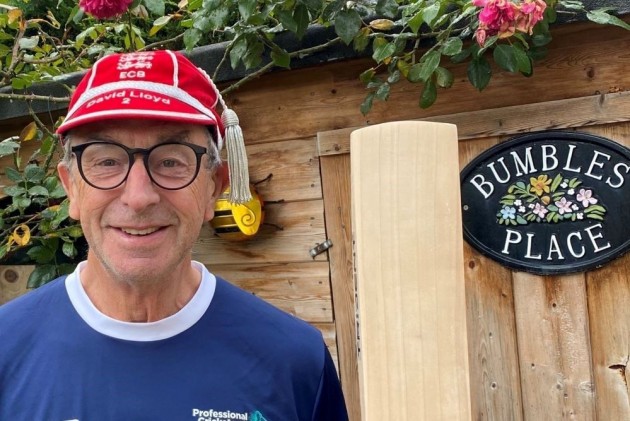 Former English cricketer David Lloyd also joined others in questioning the nature of wicket and has demanded answers from International Cricket Council (ICC).

Lloyd in his column in Daily Mail said, “I gave this pitch the benefit of the doubt on the first day but, I’m sorry, it was just as bad as the last one. And the big question has to be asked again of the ICC. Is this how you want the game to go? Tests finishing well under time, this one not even lasting two days? We need answers from Dubai but I’m not expecting to get a single one.”

India demolished England by 10 wickets to go 2-1 up in the four-match series. India spinners took 19 of the 20 opposition wickets with left-arm spinner Axar Patel returning a match-haul of 11 for 70, while senior off-spinner Ravichandran Ashwin snaring seven wickets to reach a milestone of 400 wickets.

Many former cricketers had raised concern about the wicket in the second Test as well.

Lloyd was not alone in criticising the wicket with former England captain Michael Vaughan mocking the surface in a tweet.

Yuvraj was also critical of the track but lauded the Indian bowlers for their excellent performance.

finished in 2 days Not sure if that’s good for test cricket !If @anilkumble1074 and @harbhajan_singh bowled on these kind of wickets they would be sitting on a thousand and 800 ?ðÂ¤ÂHowever congratulations to ðÂÂ®ðÂÂ³ @akshar2026 what a spell! congratulations @ashwinravi99 @ImIshant ðÂÂ¯

Lloyd further wrote, “But it told you everything you need to know that instead of that second spinner a part-timer in Joe Root took five wickets in six overs!  I remember Allan Border once taking a seven-for with part-time spin. And Michael Clarke grabbed a six-for. When part-timers do that something isn’t right. Even I would have got wickets on that pitch and I was hopeless,”

With a 10-wicket win, India knocked England out of contention from the ICC World Test Championship (WTC) final.