Vice-captain Ajinkya Rahane was delighted with the intent shown by India against England, especially from the superb Rohit Sharma. 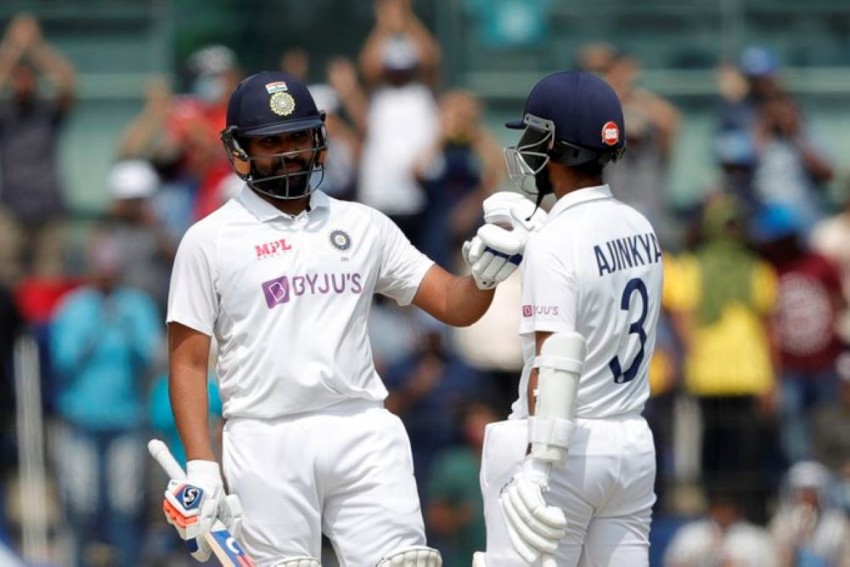 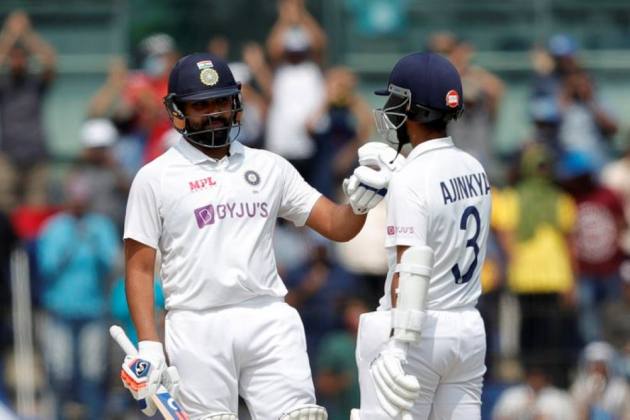 Rohit Sharma's display of "positive intent" is exactly what India needed as they looked to put their defeat to England in the first Test behind them, explained Ajinkya Rahane.

Joe Root inspired England to an impressive victory in the opening Test of the four-match series at the MA Chidambaram Stadium, but the first day of the second game went India's way.

That was, by and large, down to the supreme efforts of opener Rohit, who scored 161 of India's 300 runs as they finished the day six wickets down.

India's best partnership of the day came when Rohit combined with vice-captain Rahane (67) to put on a crucial 162-run stand after the hosts had been reduced to 86-3 in Chennai.

"I thought it was proper Indian conditions and we knew it [the pitch] would turn from day one," said Rahane.

"We were talking about partnerships – Rohit and [Cheteshwar] Pujara and then Rohit and myself. We were discussing intent – positive intent on this wicket.

"What happened in the first game was [in the] past. You can't be too defensive on this wicket and need to be one step ahead of the opposition.

"We discussed in our batting meeting on what shots to play and we had to make them change the game plan. That's what Rohit did [playing sweeps] – 150-plus on this wicket is really good. I enjoyed the cover-drive against Moeen Ali against the spin."

DO NOT MISS: The @ImRo45 show at Chepauk

The Hitman was in fine form as he bludgeoned  fours & sixes in his knock of in the 1st innings of the 2nd @Paytm #INDvENG Test against England in Chennai. #TeamIndia

After striking 18 fours and a pair of sixes, Rohit's aggressive batting eventually proved his downfall, with the opener sweeping Jack Leach to Moeen in the deep.

Rishabh Pant (33 not out) and Axar Patel (five n.o) pushed India to the 300 milestone before play ended, and Rahane believes Virat Kohli's team are one more partnership shy of taking a real edge in the match.

"Add another 50-60 runs from here [will be good for us]. One more partnership from Rishabh and Axar... we're in the game," he added.

"When they were adjusting the pace and bowling quicker through the air, it was difficult."

England spinner Leach finished the day with figures of 2-78, and reflected on a difficult start for the tourists.

"I think it was definitely a hard day," Leach told Channel 4. "[Olly] Stone was back and got an early wicket and Moeen got Kohli out with a magic ball.

"It got a bit easier [to bat] as the ball got older, and you need to get partnerships and that's something we need to hold onto. We were pleased to get wickets in the end and we're in the game.

"I will reflect on my performance in the evening. I tried to bowl in a good area and see how the pitch will react. Sometimes, you need to push it through quicker and as the ball becomes older, [you] need to bowl it quicker.

"It's similar to bowling to Taunton, just pretending it's Taunton! I was cramping up and bit sore in the end – I'll be back tomorrow."