When Mayank Agarwal reached 150 on Day 2 of the first Test against Bangladesh, India captain Virat Kohli showed his two fingers to the opener, asking him to go for the double century 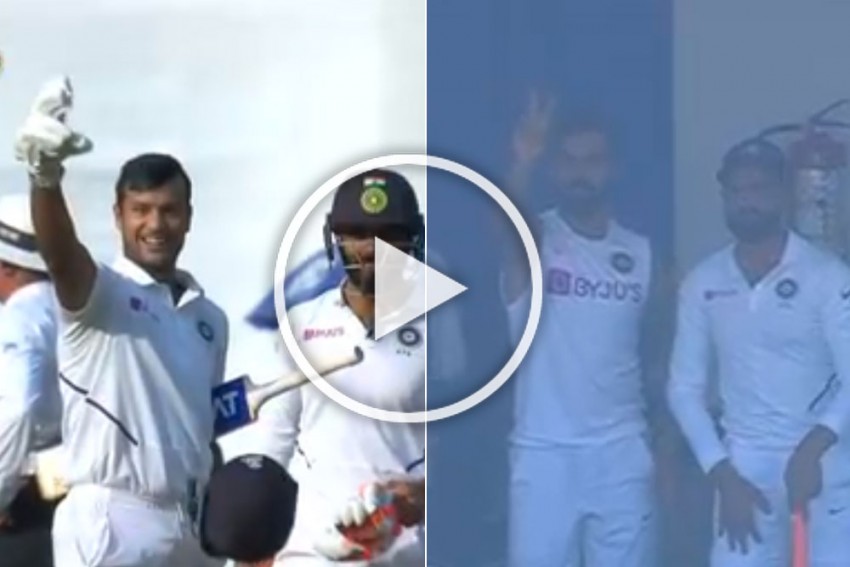 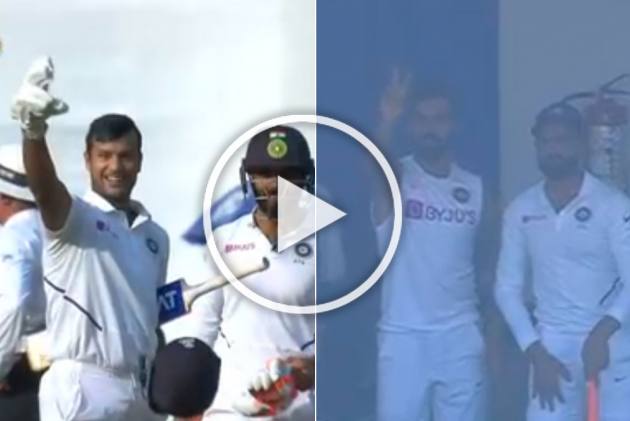 Mayank Agarwal, who scored a career-best second double ton on Day 2 of the first Test against Bangladesh at Indore on Friday, was pushed by Virat Kohli to reach his milestone as the skipper signalled him from the dressing room to go for the double hundred when the opener reached the 150-run mark.

Agarwal, who was dropped on 32 by Imrul Kayes off Abu Jayed late on the first day, perished for a career-best 243 off 330 balls, his marathon innings laced with 28 fours and eight sixes, to close the gap on Australia's Steve Smith who is the highest run-getter this year. Smith has 774 runs from seven innings while Agarwal has so far amassed 740 runs from 10 innings.

When he reached 150, Kohli showed his two fingers to the 28-year-old, asking him to go for the double century. The Karnataka batsman gave a thumps up to his skipper and later did not disappoint as he hit off-spinner Mehidy Hasan for a massive six over wide long-on to reach the milestone.

He then turned towards the dressing room, bat raised, and showed two with his fingers, meaning "job done".

Kohli rose to his feet in adulation, and showed 300 with his fingers to further push the batsman. However, as he tried to up the ante by smashing a few more sixes, Agarwal departed after he was caught at deep mid-wicket by Abu Jayed off Mehidy who breathed a sigh of relief after being taken to the cleaners by the Karnataka batsman.

Agarwal had scored 215 on October 2 in Visakhapatnam against South Africa. He followed it up with a 108 in Pune against the same opposition.

India lead by 343 runs after Bangladesh were all out for 150 in the first innings.