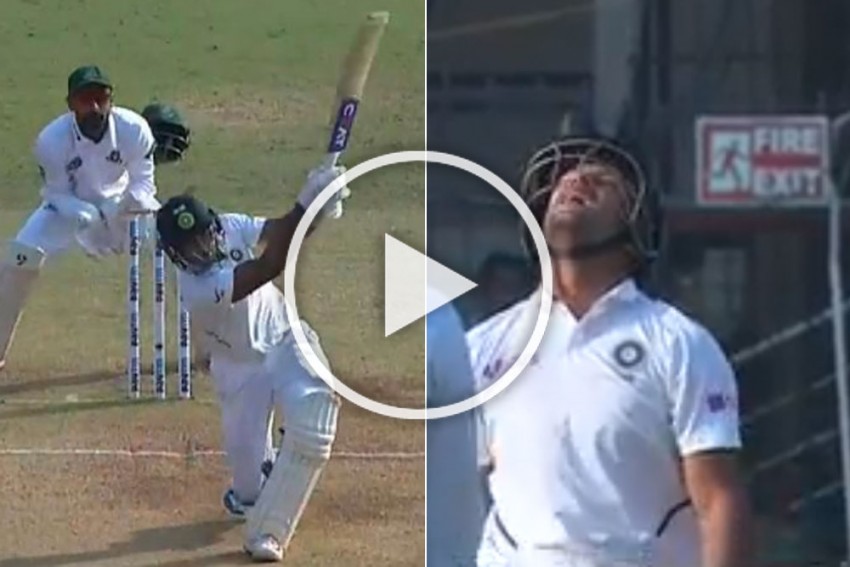 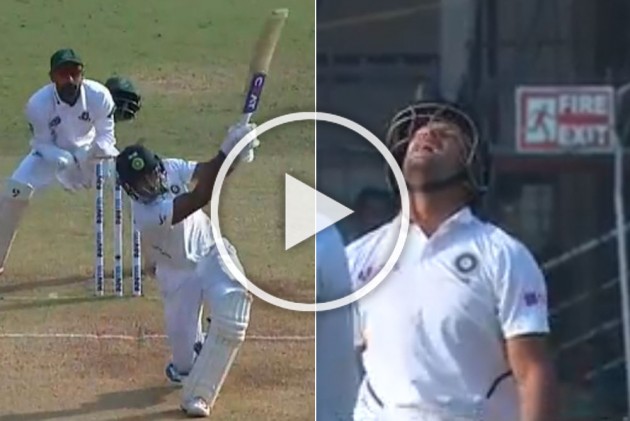 Mayank Agarwal is a man on fire. It's not mean feat to break Don Bradman record. On Day 2 of the first Test against Bangladesh at Indore, the Indian opener reached his second double hundred with a six.

Agarwal, who's batting for the 12th time in the international stage, dispatched the penultimate ball of the 99th over with utter disregard for his personal gains, in Sehwag-esque way. The 28-year-old took 303 balls to reach the landmark.

In the process, Agarwal became the second-fastest batsman to score two double centuries, only behind Vinod Kambli (five innings). Third in the list is Aussie great Bradman (13).

Agarwal's 243 is also the second-highest individual score in this fixture, only behind Sachin Tendulkar's 248 not out at Dhaka in 2004/05.

During his 330-ball knock, the right-handed batsman hit 28 fours and eight sixes.