Both Rohit and Ishant are at the NCA undergoing rehabilitation, but the BCCI is yet to announce when the duo would reach Australia. 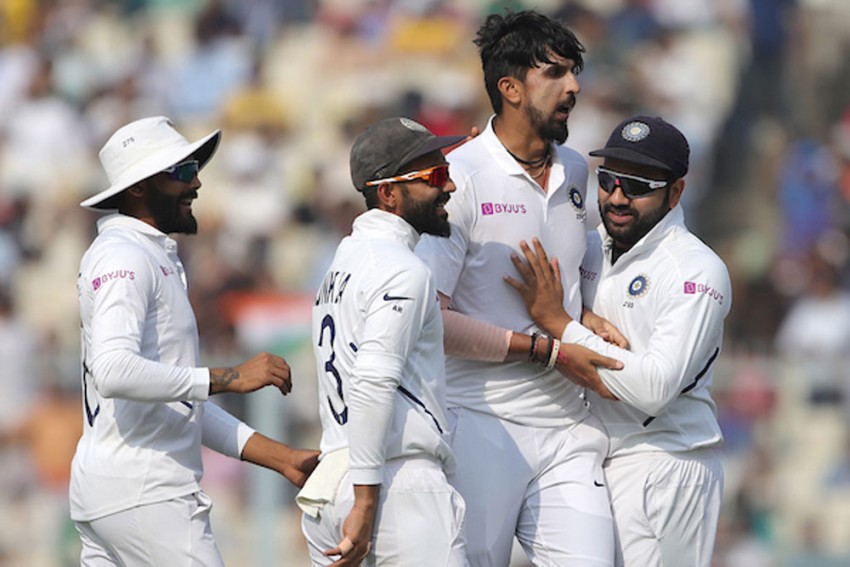 India head coach Ravi Shastri has expressed his apprehensions about senior players Rohit Sharma and Ishant Sharma's participation in the upcoming Test series if they don't reach Australia in the next few days. (More Cricket News)

Both Rohit (left hamstring) and Ishant (side strain) are at the NCA undergoing rehabilitation, but the BCCI is yet to announce when the duo would reach Australia.

Considering the mandatory 14-day quarantine requirement, it is clear that they would miss the first warm-up game against Australia A, at Drummoyne Oval from December 6-8, if they don't depart by Monday.

"He (Rohit) was never going to play the white-ball series, they were just looking to see how long he needed the rest, because you can't afford to be resting for too long," Shastri told ABC Sport.

"If you need to play in the Test series or any red-ball cricket, you've got to be on the flight in the next three or four days. If you aren't, then it's going to be tough."

Shastri said that NCA's medical team is currently assessing how long would be Rohit's break from the game.

"But things could get difficult if he's asked to wait for too long, (because) then you're talking of the quarantine again, which might make it really tough for even him to come just in time for the Test series," the head coach added.

In an interview, Rohit said that he is confident of playing the Test series although some strength and conditioning work still needs to be done as far as his hamstring is concerned.

Shastri said that even Ishant's case is similar and he would also need to play at least one practice game before he can be considered for Test.

The second and final warm-up game, at the SCG from December 11-13, will be a day-nighter before the first Test commences in Adelaide from December 17.

"It's (Ishant's) a similar case to Rohit," Shastri said.

"You don't really know how quickly he'll be available to fly out. Like I said, if anyone has to play in the Test series, he has to be on the flight in the next four or five days. Otherwise, it's very difficult."

Terming skipper Virat Kohli as the driving force of this Indian team, Shastri backed his decision to return for the birth of his first child.

"I think it's the right decision he's taking," Shastri said.

"These moments don't come time and time again. He has the opportunity, he's going back, and I think he'll be happier for that.

"If you see where India have gone in the last five-six years, there's no doubt in absolutely anyone's mind that he's the driving force and the man behind it (India's success).

"So he obviously would be missed. But like I say, in adversity comes opportunity. There are lot of young guys in the side and it's an opportunity for them."