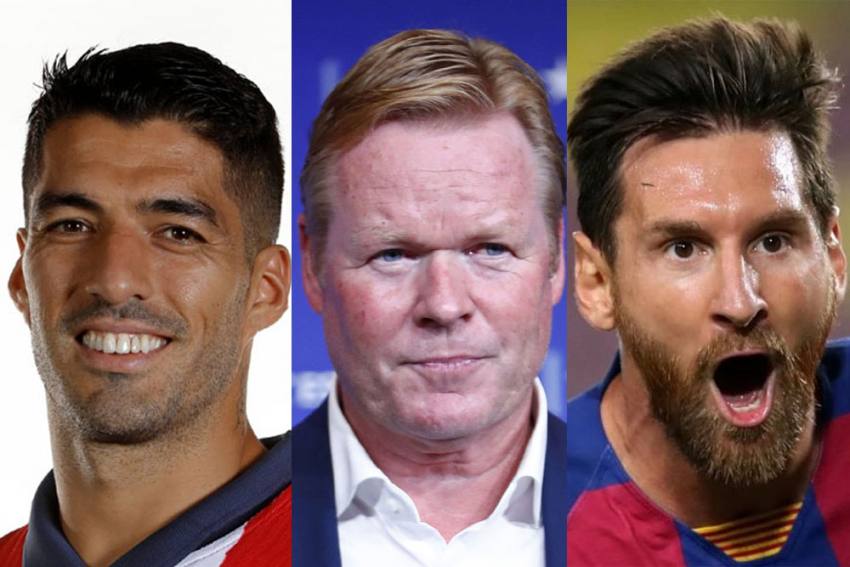 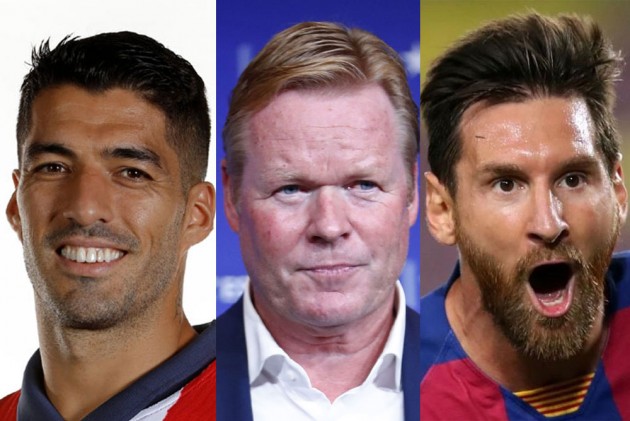 Ronald Koeman insisted he was not "the bad guy" in Luis Suarez's transfer away from Barcelona, although he could understand Lionel Messi's anger at the move. (More Football News)

It was reported Suarez was one of a number of senior stars informed by new coach Koeman they would have to leave the club following an underwhelming 2019-20 season.

But Koeman suggested some portrayals of this conversation were not entirely accurate, saying Suarez could have stayed but would have had a reduced role.

"It seemed that I had been the bad guy in this movie, but it is not like that," Koeman said ahead of the Blaugrana's LaLiga opener against Villarreal.

"Since the call [regarding Suarez's future], I have shown respect for him and I have always told him that it can be difficult to play but, if he stayed, he would be one of the squad.

"Before I signed the contract, the club was thinking about things, and I have tried to support those things. They are not just decisions of the coach.

"Luis and I respect each other and we have spoken clearly about his future. He had the opportunity to go to Atletico and I wish all the luck in the world."

Suarez's exit prompted a furious Instagram post from captain Messi, whose own attempted departure was blocked by the club.

Messi said Suarez did not deserve "to get kicked out like [he] did", adding he was not surprised by Barca's actions.

Koeman responded: "It is normal for him to be upset that a friend has left, but I have no doubt about Messi. I have seen him train."

The former Netherlands coach, who would not rule out moves for Lautaro Martinez or Memphis Depay, is not concerned by the tumultuous nature of his early Barca reign.

"If you ask the coaches who have been at Barca, they will surely tell you that they have never had a quiet day," he said.

"I knew that when I had to face changes I would have people in favour and others against. I knew it.

"No problem, it is part of being in the best club in the world, although I hope there is a little more peace of mind."