Riding on Mousley's 135-ball 111, England posted a competitive 279 for seven from their 50 overs and then Goldsworthy returned with impressive figures of 5 for 21 to bowl out Sri Lanka for 127 in the ICC U-19 World Cup Plate Final 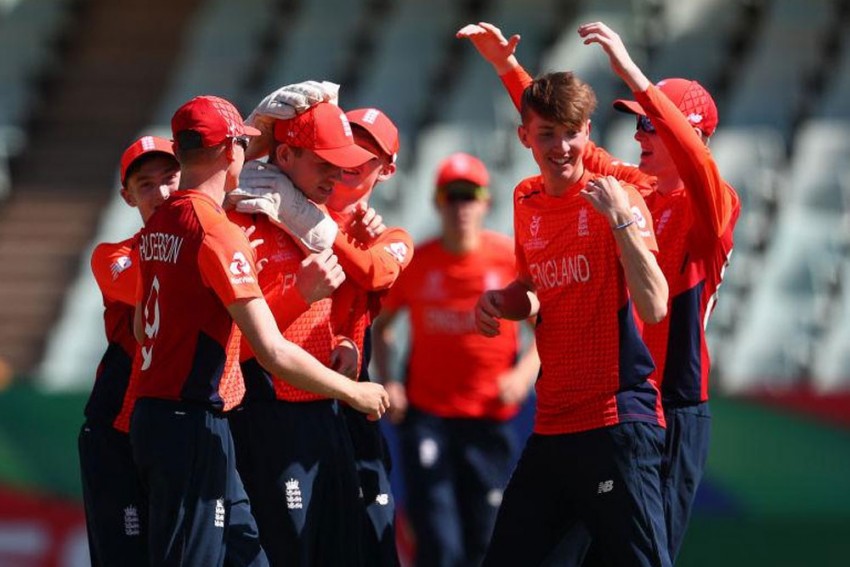 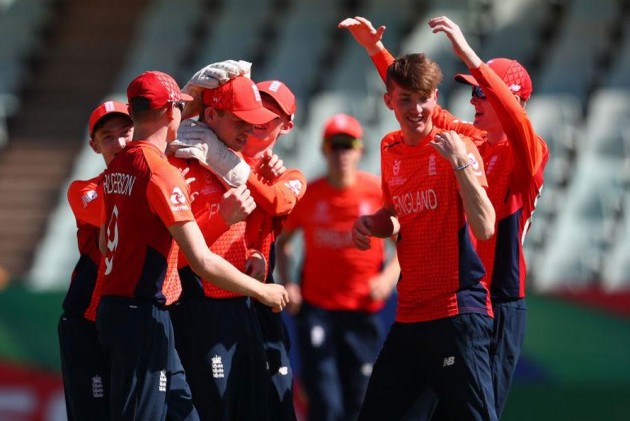 Dan Mousley scored a century before Lewis Goldsworthy picked up a five-wicket haul as England lifted the ICC U-19 Cricket World Cup Plate Trophy after beating Sri Lanka by a comprehensive 152 runs at Benoni, South Africa on Monday.

Riding on Mousley's 135-ball 111, England posted a competitive 279 for seven from their 50 overs and then Goldsworthy returned with impressive figures of 5 for 21 to bowl out Sri Lanka for 127.

England dominated from the outset with the perfectly-paced ton from Mousley that was aided by sparkling half-centuries from Jack Haynes (68) and Joey Evison (59).

Seamers Dilum Thilakarathna (two for 39) and Dilshan Madushanka (two for 41) were the pick of the Sri Lankan bowling.

Chasing the target, the Asian nation scored quickly but lost wickets at regular intervals with most of the top order back in the hut by the 14th over and the score reading 79 for five.

Other than 66 from Ravindu Rashantha -- now the tournament's leading run scorer with 286 runs -- the next best score came from Kamil Mishara (15).

Goldsworthy, the off-spinner, was chief destroyer as England finished with a flourish to win the Plate and end the competition in ninth overall.

"It was my first international century for England, so I'm excited with that. I've had starts previously but never kicked on," said Mousley.

"It was disappointing not qualifying to the Super League stages, everyone was down after defeat to Australia but we feel pleased with winning some silverware."