Following their stellar performances against Australia in the just-concluded series, which India won 2-1, Virat Kohli (No.1) and Rohit Sharma (No.2) have strengthened their positions. Meanwhile, Jasprit Bumrah leads the bowlers. 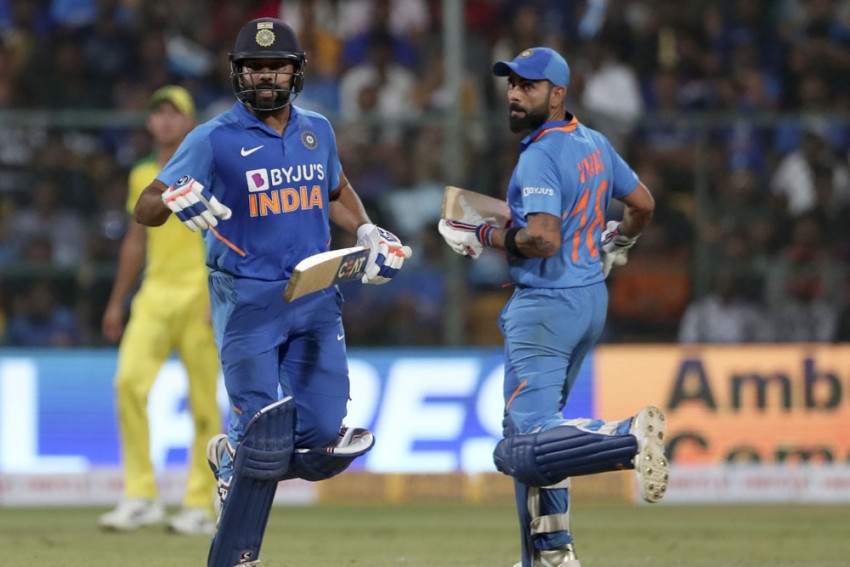 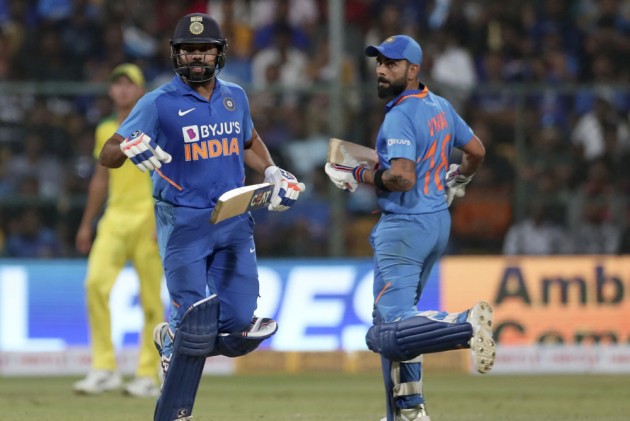 India captain Virat Kohli and his deputy Rohit Sharma consolidated their top two positions in the batting chart, while pace ace Jasprit Bumrah continued to lead among bowlers in the ICC ODI Rankings issued on Monday.

Following their stellar performances against Australia in the just-concluded series, which India won 2-1, Kohli (No.1) and Rohit (No.2) have strengthened their positions.

With 183 runs under his belt against Australia, Kohli was the player-of-the-series while Rohit was a close second, garnering 171 runs in the rubber, including a match-winning 119 in the deciding ODI in Bengaluru on Sunday.

Kohli (886 points) and Rohit (868 points) have gained two and three ratings points, respectively to occupy the top two positions in the batting rankings.

Pakistan's Babar Azam is in third position with 829 points, the ICC said in a statement.

Left-handed opener Shikhar Dhawan has also gained seven slots to reach 15th position with 170 runs in two innings, missing a chance to bat in Bengaluru after injuring his shoulder while fielding.

K L Rahul, who opened in his place in the final ODI, has gained 21 slots to reach 50th position with an aggregate of 146 runs.

Bumrah, who returned from injury in the Australia series, is atop the bowlers chart with 764 points, ahead of New Zealand left-arm pacer Trent Boult and Afghanistan's Mujeeb Ur Rahman. South Africa's Kagiso Rabada and Australian Pat Cummins complete the top five.

India all-rounder Ravindra Jadeja has moved up two slots to be 27th among bowlers after finishing with four wickets in the series.

He also scored 45 runs in two innings and has gained four places in the all-rounders' list to be ranked 10th.

Australian Steve Smith, who topped the series with an aggregate of 229 runs including a knock of 131 in the final ODI, has been rewarded with a four-place jump to 23rd position.

Leg-spinner Adam Zampa's five wickets in the series saw him advance 20 places to reach 37th position, while Kane Richardson has moved from 77th to 65th.