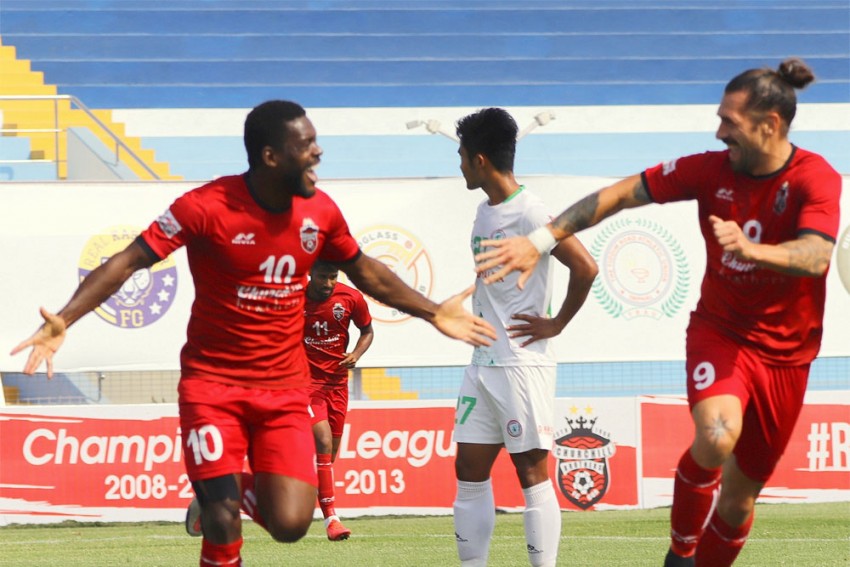 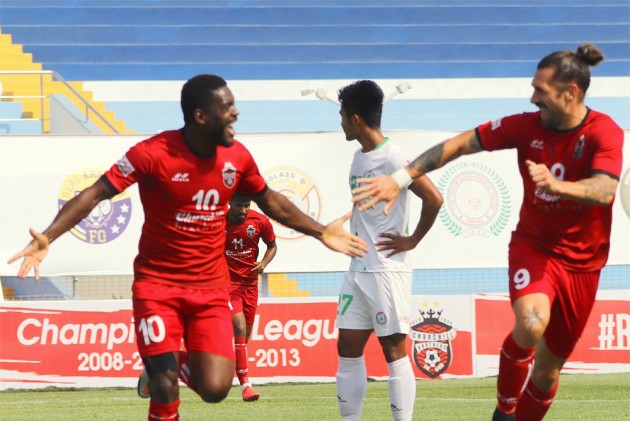 Churchill Brothers regained the top spot on the I-League table after they beat NEROCA FC 1-0 at the Kishore Bharati Krirangan in Kolkata on Wednesday. (More Football News)

Clayvin Zuniga's 16th-minute strike was enough to give Fernando Varela's side all three points in a game full of chances.

With the win, the Red Machines have also secured themselves a top-six spot in the first phase of the I-League.

NEROCA coach Gift Raikhan made a single change from their win over Sudeva Delhi, bringing in Prakash Budhathoki for Khaiminthang Lhungdim.

Churchill Brothers created two chances within the first five minutes of the game. However, Luka Majcen was unable to reach Vinil Poojary's deflected cross in the second minute, followed by Clayvin Zuniga's long-range attempt, which was skied in the fourth minute.

NEROCA got a great chance in the seventh minute when Judah Garcia pounced on Bishorjit's long kick. With only the keeper to beat, the Trinidadian blasted his shot high over the target.

The game turned into fast end-to-end action over the next few minutes and the opening goal came in the 16th minute. Zuniga started the move in midfield and found Kingslee Fernandes, who lifted a perfect chipped return pass for him on the run. The Honduran then volleyed it beyond Bishorjit Singh's reach.

Three minutes later, the duo again combined and created another opportunity. However, this time, Zuniga curled his effort wide of the target.

Vikas came close to scoring the second goal after the restart when his cross looked like creeping in at the far post. However, Bishorjit Singh recovered well and tipped it over for a corner.

At the other end, NEROCA strung up a few chances. Shibinraj was finally forced into action when he came off his line to collect Singam Subhash's cross in the 55th minute.

Three minutes later, the Churchill custodian was again sharp to come off his line and clear with his head, when Subash tried to reach Songpu Singsit's through ball.

NEROCA pushed harder for the equaliser and came close again when Subash's cross into the area was cleared by Hamza Kheir before Judah Garcia could pounce on it.

Churchill realised they needed another goal to safeguard the result, and kept pushing for the second.

They came close twice in the span of five minutes as Bishorjit Singh had to come off his line and prevent Luka Majcen from scoring in the 66th and 71st minute.

The NEROCA custodian showed quick reflexes to keep out Zuniga's powerful header in the 75th minute.