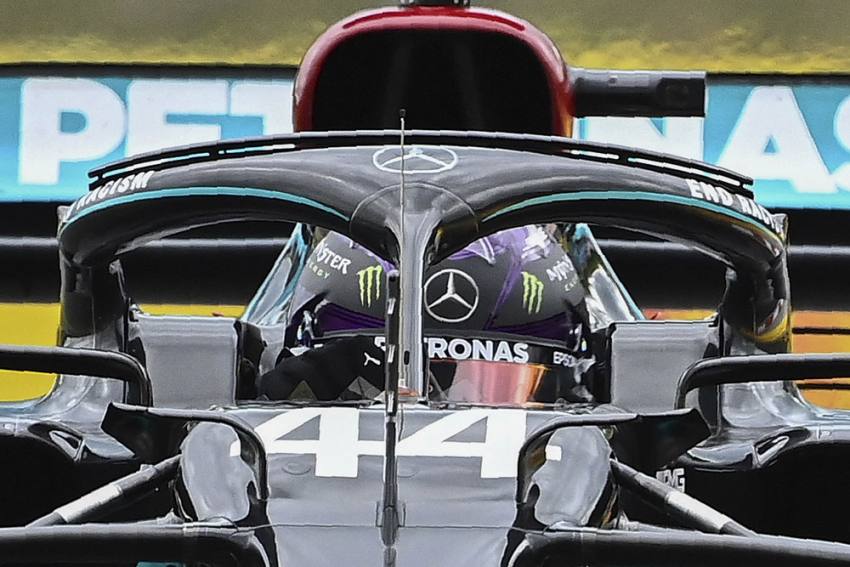 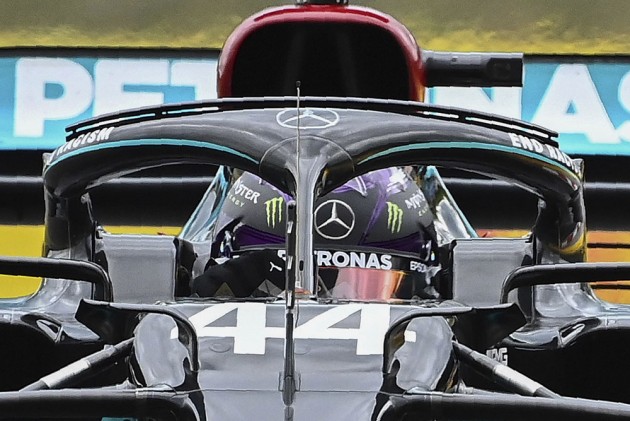 As Mercedes dominated, Hamilton led after the first runs of Q3 before improving with a track-record 1:13.447, which was just enough to finish top of the timesheets and claim a 90th career pole.

That was despite Bottas also bettering his time in the second runs ahead of a race that the constructors' champions looks set to dominate.

Lance Stroll and Sergio Perez were third and fourth respectively, as a surging Racing Point locked out the second row.

But it was a difficult day for Red Bull, who saw Max Verstappen have to settle for seventh, while Alex Albon fared even worse, qualifying in 13th behind the Williams of George Russell.

Lando Norris, Carlos Sainz and Pierre Gasly rounded out the top 10, with Mercedes' pace proving to be significantly clear of the rest of the pack.

Perez topped a Racing Point one-two in Q1, a session both Williams cars impressively progressed from.

Hamilton was on top in Q2, as a struggling Albon, who criticised his team on radio after being put out on track in traffic, missed out on the top 10 along with the two Renault cars and the Williams duo.

Perez had his first time in Q3 deleted as he exceeded the track limits, but an assured second effort meant Racing Point looked well placed for a podium in Sunday's race, especially with both drivers due to start on medium tyres.

Stroll was 0.930s behind Hamilton with everyone else over a second adrift as the pole-sitter eyes his eighth career victory in Hungary.