Hubert Hurkacz claimed back-to-back top 10 wins to move a step closer to his maiden ATP Masters 1000 trophy with a win over Andrey Rublev at the Miami Open. 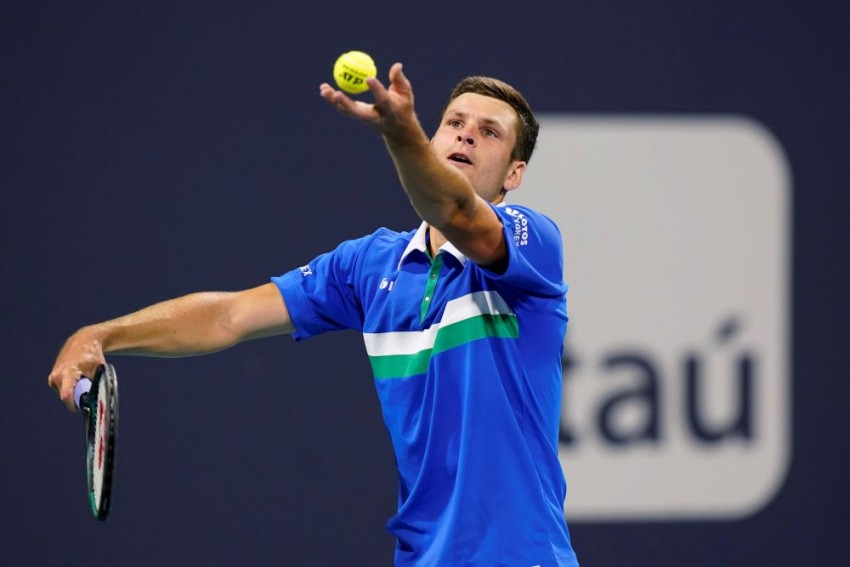 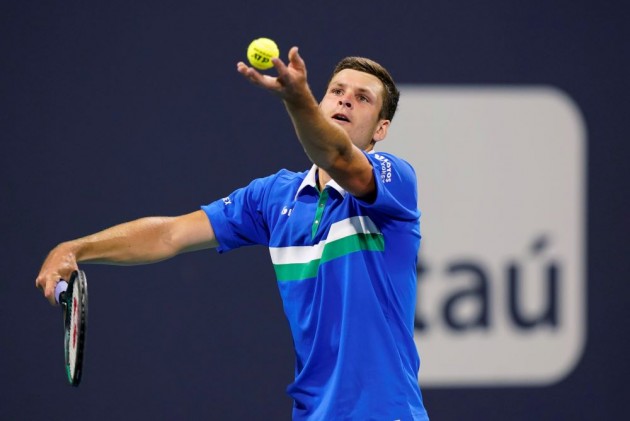 Hubert Hurkacz has recorded back-to-back top 10 wins to move a step closer to his maiden ATP Masters 1000 trophy with a hard-fought straight-sets win over Andrey Rublev at the Miami Open on Friday night. (More Sports News)

The 26th seeded Pole knocked off in-form fourth seed Rublev 6-3 6-4 to book a spot in Sunday's final where he will play teenage 21st seed Jannik Sinner who defeated Roberto Bautista Agut earlier in the day.

The 24-year-old from Wroclaw had beaten second seed Stefanos Tsitsipas in the quarter-finals and continued that strong form by never allowing Rublev to settle into his game.

"It means a lot, especially after winning a title at the beginning of the year, I had a couple of rough matches," Hurkacz said in his on-court interview, referring to his January win at the Delray Beach Open in Florida.

"I’m so happy that I came over and I was still trying to improve my game and trying to be a better player. This is really huge for me."

The 23-year-old Russian had won 16 matches this calendar year including taking out last month's Rotterdam Open.

Rublev had also not lost a set all tournament and only been broken twice, yet Hurkacz broke serve three times.

@HubertHurkacz run to the final:

Round of 64: d. Kudla
Round of 32 d. Shapovalov
Round of 16: d. Raonic
Quarter-Final: d. Tsitsipas
Semi-Final: d. Rublev#MiamiOpenpic.twitter.com/5JFPvoQPf7

The Pole also hit 25 winners and showed determination under pressure, when Rublev had a break point at 5-4 in the second set, before saving it in an epic rally and winning the game to secure the match.

World number eight Rublev said: "Today was not my day. Hurkacz played really well and he deserved to win… Now it's time to go back to work hard to be ready for the clay season."

"It’s [been a] great week for me. I did my first semis [at an ATP Masters 1000]. I'm playing really consistent. Every week I go deep in the tournament."

Sinner, 19, won a three-set match against Bautista Agut to book his spot in the decider earlier on Friday.

The young Italian world number 31 and Hurkacz know each other well.

"We played doubles together last week in Dubai,"Hurkacz said. "Now we’re playing in the final of a Masters 1000 event, so it’s going to be a fun match."

IPL 2021: Umesh Yadav Says, 'Can Pull My Body For Another Two To Three Years'