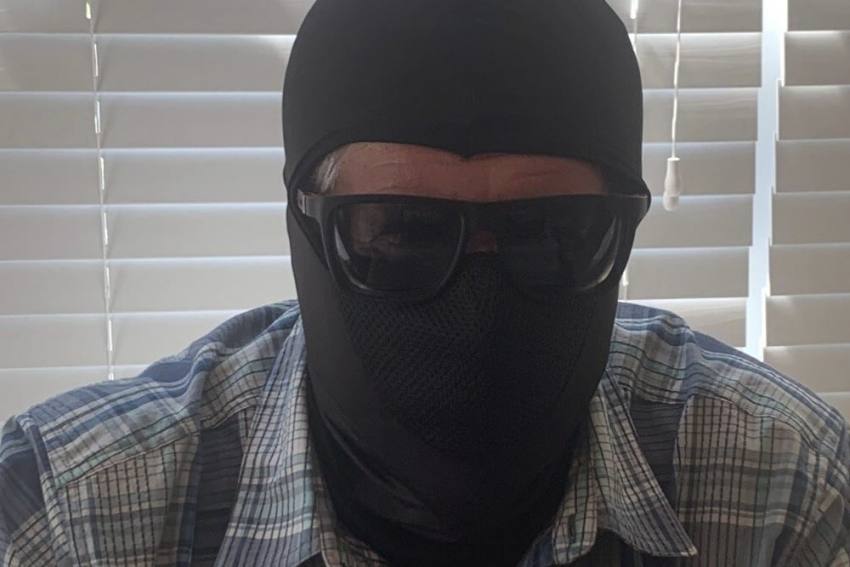 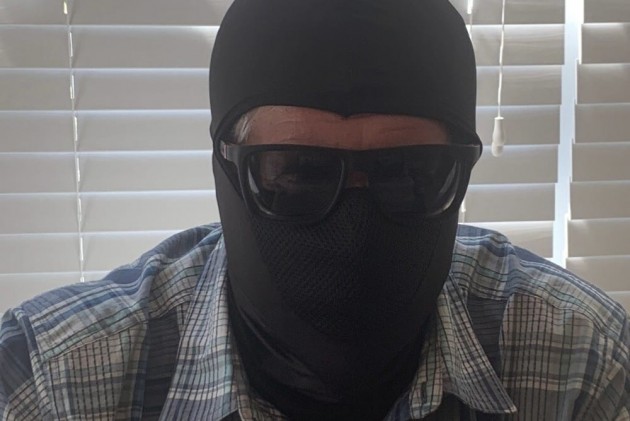 His head covered in a black balaclava, adjusting dark goggles obscuring his eyes, Grigory Rodchenkov grows anxious if any part of his face can be seen.

Exposing Russia's state-sponsorship doping scheme forced Rodchenkov into hiding in the United States five years ago. Revealing his current identity is still too risky for the chemist turned whistleblower, even in a video interview from an undisclosed location.

“It's my security measures because I have physical threats to be assassinated,” Rodchenkov told The Associated Press.

Evidence from Rodchenkov that has already turned Vladimir Putin's Russia into international sporting outcasts continues to be used in cases against athletes along with data from his former laboratory in Moscow.

“Putin, he is quite logical. He separates opposition in two ways -- enemies ... betrayers,” Rodchenkov said.

“I am falling in the betrayers' category and all betrayers should be beheaded, cut, dead. So there is no doubt that he wants me to be dead.”

It has not deterred him from documenting his life story in “The Rodchenkov Affair: How I Brought Down Putin's Secret Doping Empire,” revisiting how he conspired with his country to corrupt sports and then tries to show contrition by turning star witness.

Rodchenkov was the brains behind the Duchess cocktail of anabolic steroids and cover-up that turned Russia into a medal machine at the home Olympics in Sochi in 2014, topping the standings with 13 gold medals before disqualifications.

Russian spies ensured the Duchess would not be detected in doping tests as FSB agents used a hole in the wall of the Sochi laboratory to swap out the dirty samples with clean urine at night.

“For me, it was the end of doping control,” Rodchenkov said.

“If we can do it, why others cannot?”

The doping cover-up extended beyond the Winter Olympics, into the Summer Games, Paralympics, world athletics championships and every major sport.

Some Russians were barred from competing at the 2016 Rio de Janeiro Summer Games and 2018 Pyeongchang Winter Games as the International Olympic Committee remains opposed to blanket bans on countries.

So Russian athletes can still compete on the international stage if they can show they are clean, despite a four-year ban from major international sporting events being imposed on the nation last year for a fresh cover-up, including tampering with data gained from Rodchenkov's former lab in Moscow.

“Sport is a part of Putin's politics and showing to the West how good Russia is,” Rodchenkov said.

“You cannot trust Russia. You cannot trust the certification authorities, and (anti-doping) laboratories cannot be allowed to be restored within the foreseeable future.”

Especially now, according to Rodchenkov, following constitutional changes allowing Putin to run for two more six-year terms, in 2024 and 2030, “Until 2036,” Rodchenkov said, “no trust.”

But why now trust Rodchenkov as he presents a virtuous image at odds with his deep collusion with the state to cheat?

“When you are laboratory director and you have 50 employees and you are reporting to your high ups at the ministry, I could not even think about morals,” he said, dismissing concerns about any long-term damage to the health of athletes he allowed to be pumped with steroids.

“It's extremely debatable and still ungrounded,” he said.

“We see the generation who is now in the end of their lives of 70s and 80s, which are still ... in a good physical condition after steroid programs.”

Go back four decades and Rodchenkov was starting out in a Soviet system learning how to manipulate doping controls.

“I had honestly, I'm sorry, but I had huge feelings of accomplishment,” he said.

“Those athletes I helped to (win) were extremely talented and I could not understand, with the coach, how he or she may lose to others. The only explanation was doping. Then using some programs, we won gold medals. Honestly it was like leveling the field.

“Again, 'morals' is maybe vocabulary from American life but not from Soviet and Russian. In (the) Soviet (Union) it was the Soviet moral, in Russia there is no morals.” It helps when the athletes are compliant.

“This is the huge problem of the militarization of Russia sport,” Rodchenkov said.

“They follow orders, they are disciplined but they cannot tell the truth because they have given the oath to the Russian state and consider foreigners as potential enemies or even actual enemies. That's why in Russia there are three ways – lying, cheating and denying.”

Rodchenkov has had to convince the world he has shed those ways and is coming clean. More of the cases he helped to cover-up could soon come to light after the World Anti-Doping Agency shared data — of samples tested up to 2015, and tampering that continued into 2019 — that was retrieved from the Moscow testing lab at the heart of the state-backed doping program.

“The problem is that the people from outside cannot understand what is going on inside sports,” he said.

“Only whistleblowers could do that. But in corrupted countries you have to escape and we need to be preserved.”

For Rodchenkov that means living a life constantly in fear of being recognized as happened on a train in the US.

“It was a student,” he recalled.