Bayern Munich boss Hansi Flick is set to leave the club at the end of the campaign. We look at his tenure in more detail 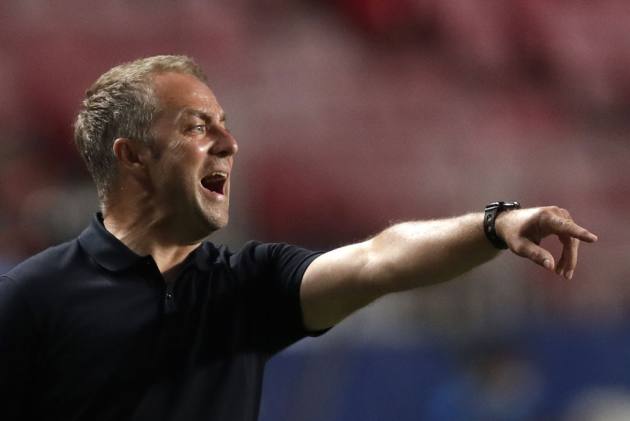 Hansi Flick announced on Saturday that he intends to step down as Bayern Munich boss at the end of the campaign, bringing an end to an illustrious spell in charge of the club. (More Football News)

The 56-year-old succeeded Niko Kovac in November 2019, having previously worked as assistant, and has led the German giants to six major trophies in that time.

Bayern won the Bundesliga, DFB-Pokal and Champions League in 2019-20 and have followed that up with the DFL-Supercup, UEFA Supercup and Club World Cup this season.

Another Bundesliga crown could follow with Bayern seven points clear at the top with five games to go, which would be a fitting way to bring down the curtain on Flick's tenure.

Using Opta data, we look at the extraordinary numbers behind Flick's spell in charge and the players who have played a key part in Bayern's recent success.

AS MANY TROPHIES AS DEFEATS

Flick's shock revelation that he hopes to have his contract terminated came on the back of Bayern's 3-2 win at Wolfsburg on Saturday.

That was the German's 81st game in charge in all competitions, comprised of 67 victories, eight draws and six losses.

Incredibly, that means Flick has won as many trophies - six - as he has suffered defeats in his 17-month tenure. That also equates to one trophy every 14 matches.

Hansi #Flick on the national team: "I have a contract until 2023 and want to be successful and win titles with Bayern München. It's not the time to speculate about my future."#FCBayern pic.twitter.com/qy7lyQcNSm

Bayern were as dominant as any club in European history en route to winning a treble last season, form that they would carry into the 2020-21 campaign.

The Bavarian giants won 23 matches in a row in all competitions between February 16, 2020 and September 18 that year - a record in German professional football.

With their victory over Paris Saint-Germain in the final, meanwhile, they became the first side in European/Champions League history to lift the trophy with a 100-per-cent win record.

Flick's 83-per-cent win rate is another record among Bayern bosses, as is the average of 3.0 goals per game his side have scored under his watch.

However, the former Germany assistant trails one of his predecessors in Pep Guardiola when it comes to points per game accrued in the Bundesliga.

Guardiola collected 2.52 points per game across his 102 matches, whereas Flick is currently on 2.49 after 53 matches, though that could change before he eventually departs.

In the Bundesliga alone, Manuel Neuer has played more games for Bayern (52) than anyone else since Flick initially took charge on an interim basis on November 3, 2019.

Thomas Muller and David Alaba, the latter of whom will also depart the Allianz Arena in June, are next on the list with 50 league appearances.

Robert Lewandowski is next with 46 outings and the striker has been Bayern's top performer over that period in terms of goal involvements.

The Poland international has a combined 65 goals and assists, followed by Muller with 52 and Serge Gnabry with 27.

Lewandowski has 55 Bundesliga goals in total under Flick, while Muller leads the assists metric with 34, 20 more than next-best Joshua Kimmich.