Chris Gayle was out for seven in his final ICC Cricket World Cup match for West Indies. The Caribbeans beat Afghanistan in their final match by 23 runs. 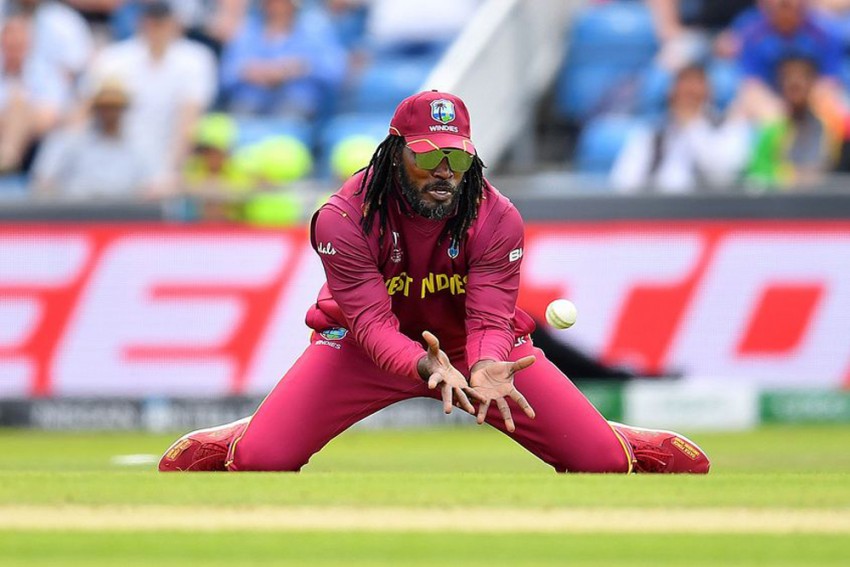 West Indies no longer relies on Gayle to set a target. He departed early but those who followed him carried the team past 300.
Getty Images
Outlook Web Bureau 2019-07-05T10:46:30+05:30 Great Entertainer Chris Gayle Leaves His Mark On West Indies Cricket 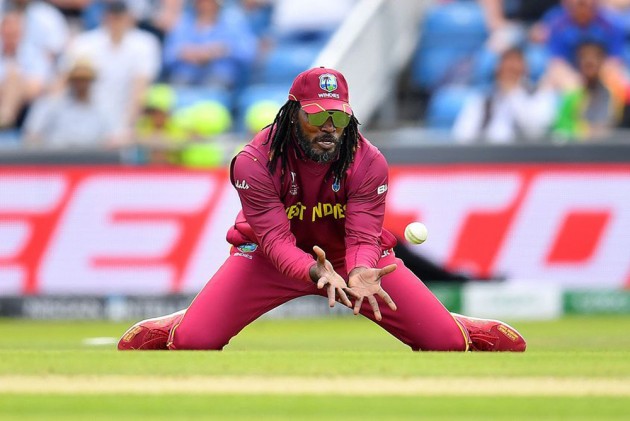 They came to see Chris Gayle, instead they had to settle for watching the future of West Indies batting. Gayle was supposed to be the story at Headingley, playing his final match at an ICC Cricket World Cup.

A pair of tantalizing landmarks were within reach. Brian Lara’s record number of one-day runs for the West Indies would be beaten with a score of 18. If he reached 47 he would overhaul Lara as the Windies’ record run-getter in World Cups. A nick behind off the bowling of Dawlat Zadran when on just seven ended his hopes of breaking either but Gayle’s impact will not be remembered for the numbers.

During a time where West Indian cricket has struggled to hit the heights of the great teams of the 1970s and 1980s, he has been more than just a great entertainer at the top of the order.

You just needed to watch the acclaim of the Indian fans before he took to the field against them at Old Trafford to understand Gayle’s global appeal.

He has inspired the next generation in the Caribbean and there was tangible proof on show in Leeds.

This team no longer relies on Gayle to set a target. He departed early but those who followed him carried the team past 300.

The World Cup has not gone as West Indies would have hoped since that thumping opening victory over Pakistan. But the seeds have been sown and may flower in four years’ time in India.

It started with Evin Lewis, not quite a facsimile of Gayle, but the closest copy the West Indies currently have.

Even an amateur sleuth can see why the left-handed opener views Gayle as his idol. Like his opening partner, a dozen years his senior, Lewis has the ability to score big hundreds, the prime example being his 176 not out against England at The Oval two years ago.

Here, he smashed a couple of sixes, including one beauty off his hips on the way to 58.

At 27, he is entering his prime, and the good news for the Windies is that Lewis is the oldest of the specialist batsmen not named Gayle.

If Lewis is a batsman in the mould of the Universe Boss, the same cannot be said of Shai Hope. Coming in at three, the wicket-keeper batsman anchored the innings on his way to 77.

His one-day average now sits above 48. Of those players at this World Cup who average more, only Pakistan duo Imam-ul-Haq and Babar Azam are younger.

In many ways this Windies batting line-up is hit and Hope. Everyone else hits, and Hope holds it all together.

The 25-year-old was involved in two fifty partnerships, first adding 88 with Lewis, then 65 with Shimron Hetmyer.

The left-handed Hetmyer is another prodigious striker of a cricket ball. Here he hit 39 off 31 in a glorious little cameo that left the crowd wanting more. With four ODI hundreds already to his name at just 22, they will get it, if not in this World Cup.

After Hetmyer came Nicholas Pooran, the revelation of this tournament from a Windies’ perspective. He ran himself out in comical fashion in the final over but prior to that he had added a second half-century of the tournament to the stunning hundred he scored last time out against Sri Lanka.

Yet another left-hander, like Gayle, Lewis and Hetmyer before him, Pooran has come of age in England, living up to the hopes placed in him when he scored 143 in a total of just 208 in an Under-19 World Cup quarter-final against Australia back in 2014.

Judged on this World Cup alone, the 23-year-old might have the most potential of all of them.

That quartet are the future but of course Gayle being Gayle, he was not going to bid farewell to the grandest of stages without a final flourish.

The great showman might have failed with the bat, but a diving catch – no really – and then a crucial wicket broke two potentially match-winning partnerships and ensured he finished with a win.

So as Gayle bids farewell to the World Cup stage do not be sorry that is over. Be grateful for what he achieved and the future he inspired.