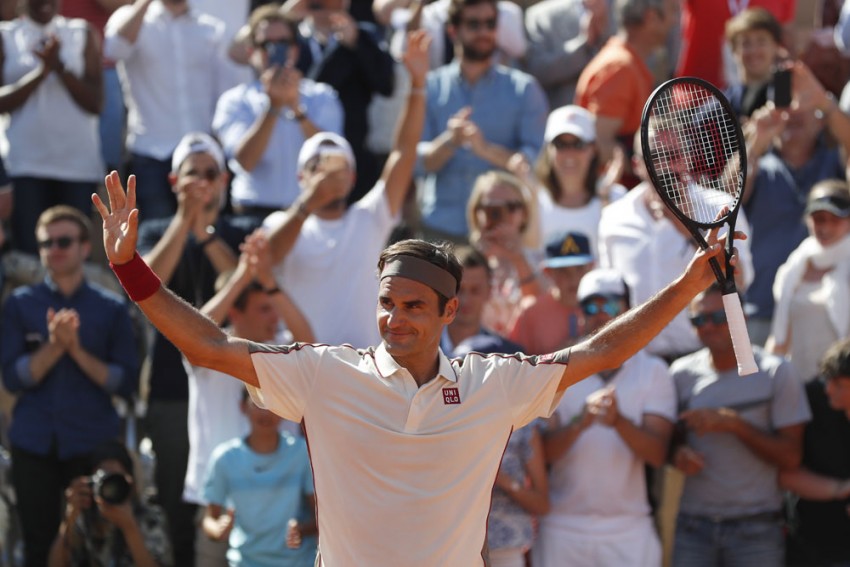 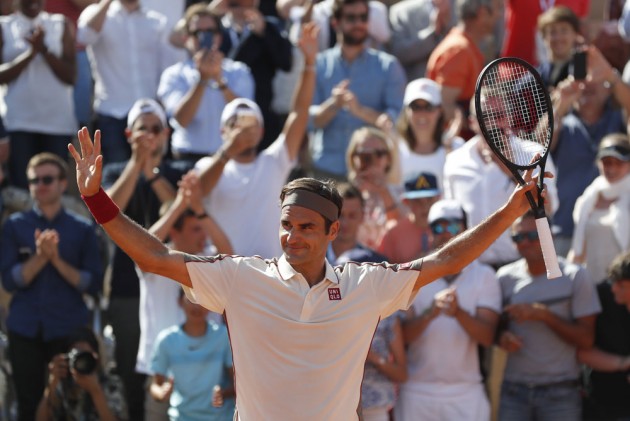 Federer's win secured a place in the last 16 at Roland Garros for a record 14th time and saw him become the oldest man to reach that stage in Paris since a 38-year-old Nicola Pietrangeli in 1972.

The Swiss produced some magnificent shots to counter a strong start from Ruud, whose father and coach Christian was in the draw when Federer made his French Open debut back in 1999.

Ruud gave a good account of himself and was unable to convert a set point in the third as Federer prevailed on Court Suzanne-Lenglen.

Ruud produced some confident groundstrokes during the early exchanges but was unable to make any inroads on Federer's serve and the 37-year-old broke him with a brilliant half-volley backhand from the baseline.

The 20-time major winner was one point away from dropping his serve in game eight but closed out the set in emphatic fashion with an overhead smash.

Ruud's dynamism kept him in rallies but also drew exquisite shots from Federer, though it was a backhand into the net that handed the 2009 champion the initiative in the second.

Federer remained clinical and moved 4-0 up with an excellent cross-court forehand and nullified a break point with an ace as he served out the set.

Ruud, who broke the top 100 for the first time in March, hinted at a comeback when he broke Federer early in the next set, but the third seed got straight back on serve with a fine winner down the line.

The Norwegian held on to force a tie-break and saw a chance to send the match to a fourth set taken away from him by Federer, who pounced on a costly double fault to clinch the win at the fourth attempt.

Cricket World Cup 2019: Have To Back Ourselves And Not Think Much About Loss Vs Windies, Says Pakistan Captain Sarfaraz Ahmed