Both India and Australia have 10 points from six games but the Kookaburras are a rung above the Manpreet Singh-led side at third spot in the FIH Pro Hockey League standings on goal difference. 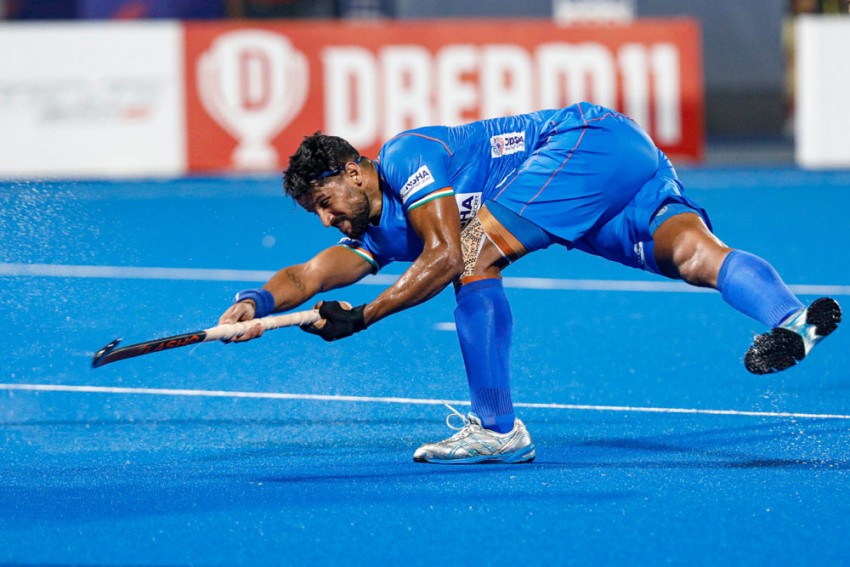 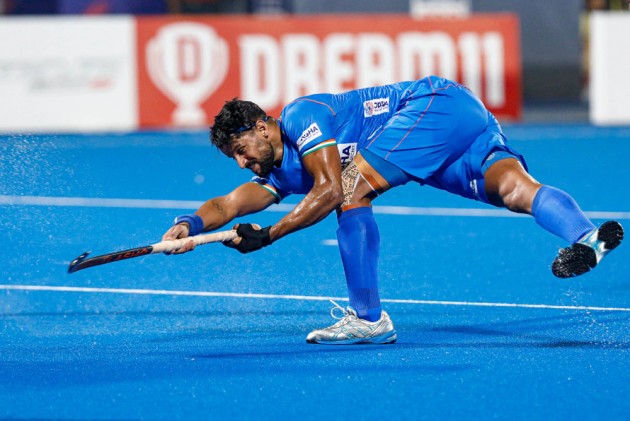 India bounced back in style to beat title holders Australia 3-1 via a shoot-out in the second match of the two-leg FIH Pro League match, on Saturday.

Both the teams were locked 2-2 at the end of regulation time at the Kalinga Stadium.

India had lost 3-4 to the visitors in the first game on Friday.

By virtue of this win, India earned three points from the game while Australia pocketed one.

Both India and Australia have 10 points from six games but the Kookaburras are a rung above the Manpreet Singh-led side at third spot in the standings on goal difference.

In the shoot-out, Harmanpreet, Vivek Sagar Prasad and Lalit Upadhyay scored for India, while only Daniel Beale found the net for the visitors.

Australia made a positive start, earning a penalty corner inside the opening 30 seconds of the match, but Jeremy Hayward's flick was saved by India goalkeeper P R Sreejesh.

After that it was all India with the hosts pinning the Kookaburras deep in their own territory but failing to create clear-cut opportunities.

In the eighth minute Australia secured back-to-back penalty corners, the second
of which was converted by Lachlan Sharp with a rebound, but the goal was ruled out after India called for video referral for obstruction on goalkeeper Sreejesh.

The Kookaburras won another penalty corner in the 12th minute but Sreejesh once again came to India's rescue by denying Hayward.

Three minutes into the second quarter, Jarmanpreet Singh missed a glorious chance to put India ahead, slapping his first-time shot just wide of the left post after he was picked out by Amit Rohidas' searching cross from the right.

Mitton broke the deadlock for Australia in the 23rd minute after beating second- choice India goalkeeper Krishan Pathak at his near-post with a powerful slap-shot.

Australia earned their sixth penalty corner soon but failed to convert. Five minutes from half time, Rupinder equalised for the hosts, converting a penalty corner with a low drag-flick that went through the legs of Australia goalkeeper Tyler Lovell.

Two minutes into the second half, Australia secured two penalty corners in succession, but Hayward's shot on goal from the second chance was disallowed.

In the 43rd minute, Ramandeep Singh fired high and wide of the rival goal.

Australia drew level soon when an unmarked Zalewski scored from a field effort.

Two minutes from the final hooter, Vivek was denied by Tim Howard with a brilliant tackle.

In the final minute, Australia got a golden chance to seal the match in the form of a penalty corner, but Matt Dawson's slap-shot was brilliantly blocked by an onrushing Rohidas.