Fernando Santos defended his decision to start Diogo Jota on the bench as Portugal fell to France in the Nations League. 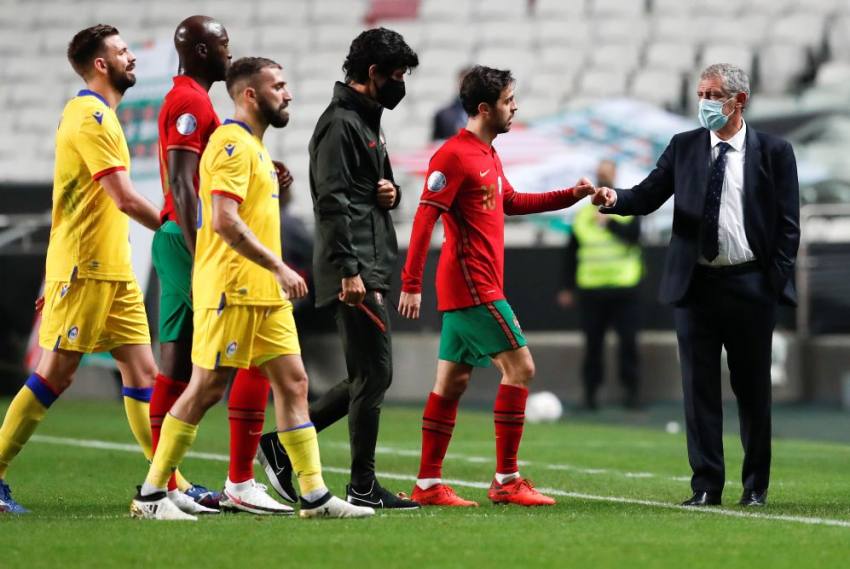 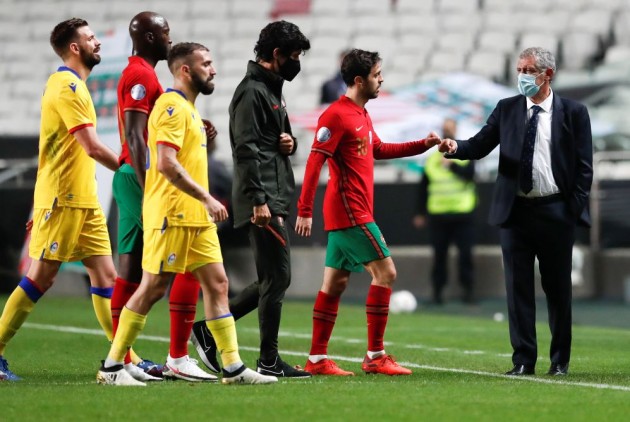 Fernando Santos defended his decision to start Diogo Jota on the bench as Portugal fell to France in the Nations League. (More News)

N'Golo Kante's 53rd-minute goal proved to be enough for France on Saturday as the world champions claimed top spot in Group A3 and a place in the Finals.

Santos opted for a front three of Cristiano Ronaldo, Bernardo Silva and Joao Felix in Lisbon, with Jota introduced shortly after Kante's goal.

The Liverpool forward had eight passes in the opposition half, as many as Silva managed in his 72 minutes, but finished without a shot on goal.

But Santos said the attack was not Portugal's problem against France, defending the decision to start Jota from the bench.

"As I said before, this team played in France and did very well there. And I don't remember someone asking me why Diogo Jota did not start the game," the Portugal coach told a news conference.

"Jota is definitely a top-quality player, everybody knows that. So is Bernardo, and the same goes for Cristiano. And Felix, too. If Jota had played and the team's performance wasn't good, you would ask me why Bernardo or Felix didn't play as Felix is in top form at Atletico Madrid and Bernardo is Bernardo. That's normal.

"I understand your question and I am alright with it. It's normal to listen to these questions after the game.

"But I don't believe this was our problem. We had collective issues and we couldn't stop France playing. And perhaps one or another problem in the midfield, too."

While Santos lamented their exit, he was looking ahead to their final group game against Croatia on Tuesday.

"Bad, very bad. It's difficult for me, it's difficult for the players too. It's obviously difficult to take it. And we won't probably sleep tonight. But even without sleeping, tomorrow we need to focus on Tuesday's game," he said.

"We have responsibility to feature in that game and we represent Portugal. The Portuguese fans are used to seeing this team playing well and winning games. Fortunately, we have won many games. I believe tonight was my fourth defeat at the national team since I got here. Therefore, we have to keep our heads high.

"Obviously it will be difficult tomorrow but we must move on and focus on the game against Croatia. We must go there and play well, as this team is used to doing."