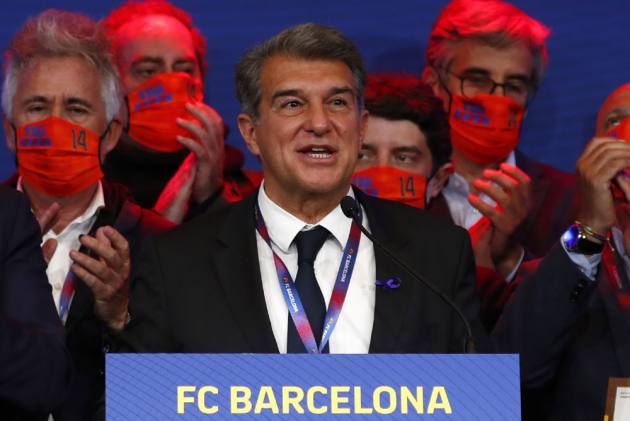 On Sunday, 12 clubs revealed the formation of a breakaway competition to rival the Champions League, one which would see all founding members participate every year regardless of where they finished in their domestic leagues.

Following widespread criticism that included fan protests - and less than 48 hours after the official announcement - all six Premier League teams declared they were withdrawing from the project.

Atletico Madrid and Serie A rivals Inter and Milan followed suit to continue the mass exodus, yet Laporta insists some form of Super League system remains a viable option amid the need for change.

"It [a Super League] is absolutely necessary. We are supporters of the national leagues and we will talk to UEFA," Laporta said on TV3.

"We have a position of prudence. It is a necessity, but the last word in the end will be [from] the members.

"The big clubs contribute a lot - we must participate in the economic distribution.

"It should be an attractive competition, based on sporting merits. We are open to an open dialogue with UEFA. I think there will be an understanding."

The 2024/25 edition of the UEFA Champions League will follow a new format.

Everything you need to know about the changes #UCL

Real Madrid counterpart Florentino Perez issued a staunch defence of the tournament on Wednesday, declaring the current Champions League format to be "obsolete".

"We have been working many years on this project. We have not explained it very well, perhaps," he told the El Larguero radio show after Madrid's LaLiga win over Cadiz.

"There was a campaign, totally manipulated, that we were going to finish the national leagues. That we were ending football, it was terrible. But we were working for football to survive. If you think the Super League is dead, you're absolutely wrong."

UEFA announced a new Champions League structure on Monday, including an extension from 32 to 36 clubs.

Each team will play a total of 10 matches in a single-league format, the top eight then qualifying for the last 16 while those sides placed between ninth and 24th enter a play-off round.