After Karunaratne made 75, Oshada Fernando and Dinesh Chandimal combined to bat Sri Lanka to 193-2 when stumps were drawn 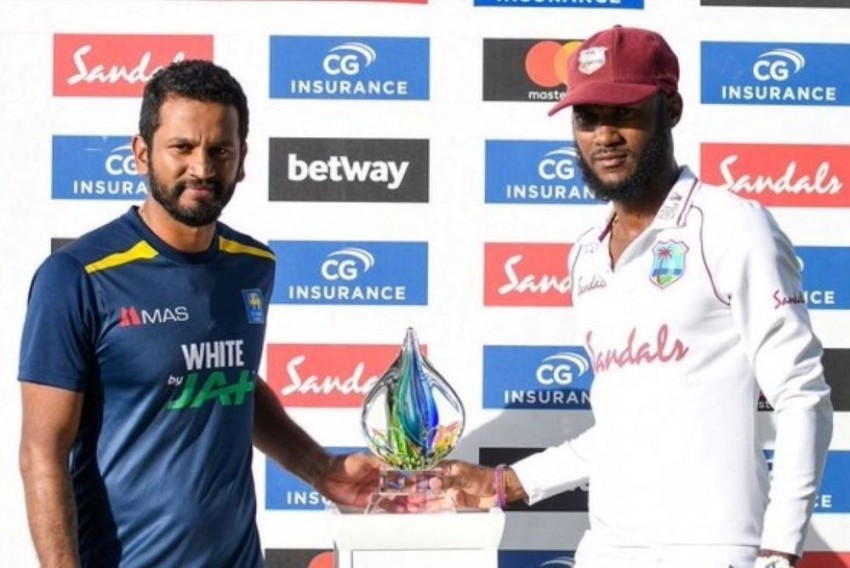 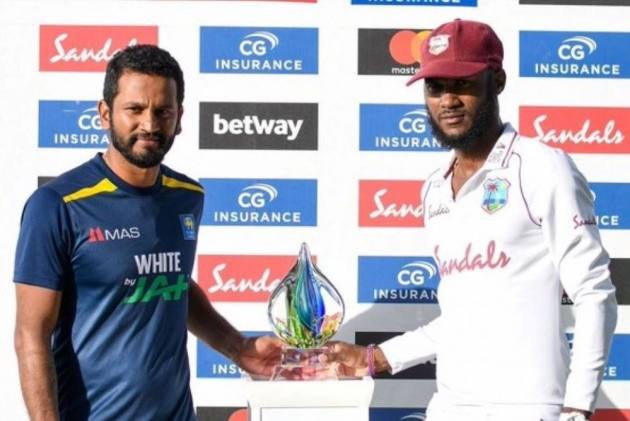 A century opening partnership between Lahiru Thirimanne and captain Dimuth Karunaratne helped Sri Lanka bat throughout the final day to draw the second test against the West Indies and the two-match series. Highlights | News

Sri Lanka entered the final day on Friday 347 runs behind the West Indies after trailing by 376 when the home team declared its second innings on Thursday at 280-4.

Karunaratne made 75 and Thirimanne 39 in a 101-run opening stand. When they were out, Oshada Fernando and Dinesh Chandimal combined to bat Sri Lanka to 193-2 when stumps were drawn early. Fernando was 66 not out and Chandimal 10 not out in an innings which had lasted 82 minutes.

The West Indies dominated the match, mainly through the efforts of captain Kraigg Brathwaite who made 126 in the first innings — his ninth test century and first as captain — and 85 in the second.

The hosts scored 354 after being made to bat first and dismissed Sri Lanka for 258 to take a first-innings lead of 96. Brathwaite's assertive declaration came late on the fourth day with the hope the West Indies bowlers might make early inroads into the Sri Lanka top order. But they found Thirimanne and Karunaratne immovable.

The Sri Lanka openers reached 29-0 before stumps on the fourth day and batted through all of the rain-affected first session on Friday to put the tourists on the path to a draw.

By lunch Sri Lanka was 93-0 and Karunaratne and Thirimanne had given the tourists the solid foundation they needed to avoid almost any possibility of defeat. Their chances of chasing down such a substantial fourth-innings target were small; while the pitch at the Sir Vivian Richards Stadium was still playing well on the fifth day, it was slow and did not favor fast scoring.

Thirimanne was the first man out with the score at 101 in the 39th over. Karunaratne followed in the 56th over after compiling his first half century of the series.

Fernando and Chandimal stuck together for almost 24 overs to secure the draw, with Fernando posting his third half century in nine tests.

The series ended with both matches drawn but Brathwaite was happy with his team's overall performance.

"There were good pitches in both test matches and the bowlers obviously worked hard," he said.

"I was pleased that none of the guys ever gave up, even down to Alzarri (Joseph) in the last spell of the match, still giving it everything.

"Batting-wise we continue to bat a number of overs ... 90-plus overs which is a positive for us. Yes, we would have liked to have won but I was very happy with the attitude we had and the discipline."

The series saw a batting renaissance of sorts from Brathwaite who, while making only 3 and 23 in the first test, faced 167 deliveries.

His 126 in the first innings of the second test came from 311 balls and his 85 in the second innings from 196 deliveries, meaning he faced 674 balls in the short series, a marathon effort.

"When you lead a team, you like to lead from the front and I was happy to get to those scores," Brathwaite said.

"One of the main things for me was to keep it simple.

"The first test I managed to bat a number of balls without getting the scores I would have liked. I made sure I had a solid plan and batted 100 per cent."

Sri Lanka captain Karunaratne was also happy with his team's performance which was one of its best recently in an away series. He said there are still necessary improvements to be made, with his team "taking wickets in patches but giving away runs" and needing "to bowl line and length."

"When you are playing a Test game, patience is a key," Karunaratne said.