Kylian Mbappe scored twice as Paris Saint-Germain put last week's loss to Monaco behind them by brushing aside Dijon 4-0 in Saturday's Ligue 1 clash. 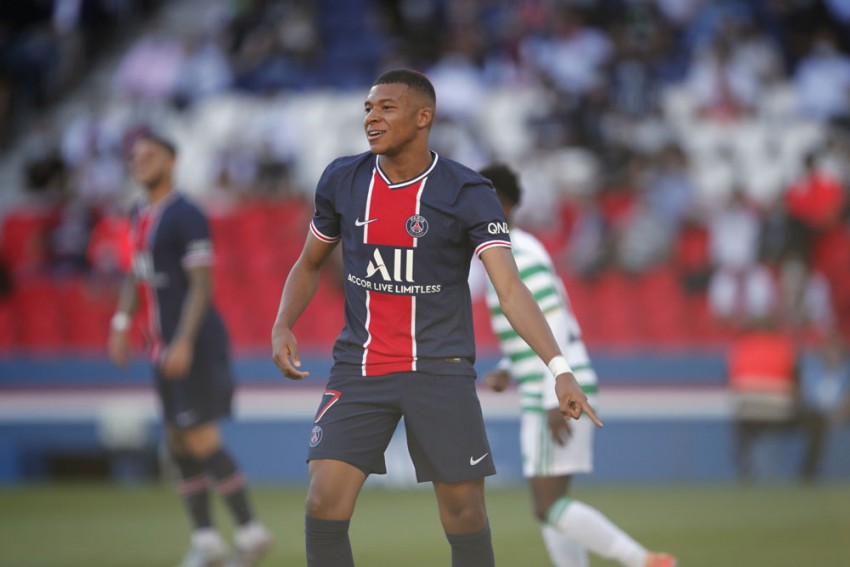 Kylian Mbappe scored twice and Moise Kean was also on target as Paris Saint-Germain returned to winning ways in Ligue 1 with a 4-0 victory at bottom side Dijon. (More Football News)

PSG suffered their sixth league loss of the campaign at home to Monaco last weekend but were good value for their win in Saturday's clash at Stade Gaston-Gerard.

Mbappe tucked away a penalty awarded for handball against Bersant Celina after Kean had opened the scoring for the reigning champions with his 15th goal of the campaign.

Prolific forward Mbappe doubled his tally in the second half and Danilo Pereira headed in a late fourth to help PSG move to within a point of leaders Lille, who play their game in hand at home to Strasbourg on Sunday.

Dijon had failed to keep a clean sheet in their previous 11 top-flight meetings with PSG, losing 10 of those, and were behind inside six minutes of this latest encounter.

Kean feinted one way and opened up his body before picking out the bottom-right corner with a poked finish from seven yards to maintain his good run in front of goal.

PSG added a second just past the half-hour mark through Mbappe's composed penalty after Thilo Kehrer's powerful drive hit the outstretched hand of Celina inside the box.

Julian Draxler had a goal disallowed before half-time for offside against Mbappe in the build-up but the latter scored with a fine first-time finish five minutes into the second half.

Mauricio Pochettino's men had another Draxler strike ruled out after the attacker timed his run a little too early, while Pablo Sarabia had a shot saved, but Danilo climbed highest to nod in his first goal for the club eight minutes from time.

Final whistle! Big and necessary win for @PSG_English with a great performance by @KMbappe! #DFCOPSG pic.twitter.com/dUEasIUTr9

What does it mean? Plain sailing for PSG

PSG's sixth Ligue 1 loss of the season last time out - the most they have suffered in a single campaign since 2010-11 - has left them playing catch-up in a tight title race.

This trip to a Dijon side seemingly destined for the drop was pretty much the perfect fixture for the champions to bounce back and Pochettino's men never looked like slipping up.

They are up to second after winning back-to-back away games for the first time since October, two points ahead of Lyon and one behind Lille, both of whom have a game in hand.

Mbappe at the double

Pochettino had to defend Mbappe for his performance in last week's loss to Monaco and the forward replied to his critics with a brace here.

Mbappe's first-half penalty and second-half strike were both well taken and the France international has now scored at least two goals in five different league games this term.

Draxler gets his reward

Draxler could not join fellow attackers Kean and Mbappe on the scoresheet after having a couple of goals ruled out for offside.

He was fielded wide on the right and endured a largely frustrating game, but the Germany international did not give up and claimed an assist for Danilo's goal.

PSG travel to Bordeaux in their next Ligue 1 outing on Wednesday and Dijon are away to Brest on the same day.