Lending credence to the rumours, Sindhu and Padukone were seen dining out. Here's what they shared after having a 'smashing time' together. 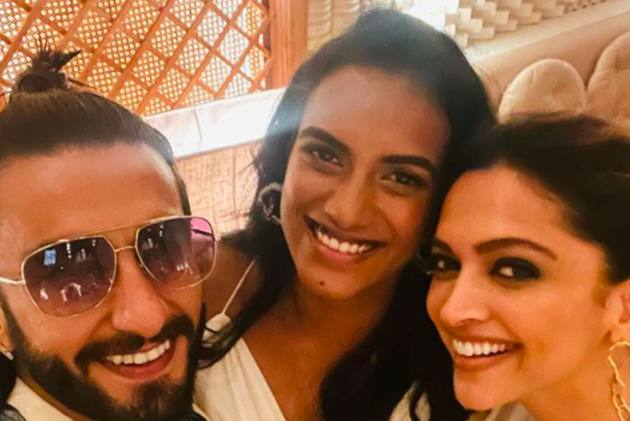 Every sports star deserves a biopic! And Bollywood is making sure that Indian real-life heroes also get their reel lives played out in grand fashion. If anyone deserves such a biopic now, it's surely India's first woman to win back-to-back Olympic medals and badminton queen, PV Sindhu. (More Badminton News)

And it seems the work is already in progress. According to reports, which at this time read more like rumours, Sindhu has signed a deal with popular actor and producer Deepika Padukone.

It's reported that Om Shanti Om actor herself will play the role of Sindhu in the biopic. For the uninitiated, Padukone is an accomplished shuttler. After all, she is the daughter of Indian badminton legend Prakash Padukone.

Lending credence to the rumours, Sindhu and Padukone were seen dining out, along with Ranveer Singh. Here's what they shared after having a "smashing time" together.

Last week, former India captain and BCCI boss Sourav Ganguly revealed that a biopic will be made on his life. Biopics on Sachin Tendulkar, Mahendra Singh Dhoni, MC Mary Kom, Milkha Singh, Saina Nehwal, Pan Singh Tomar, etc have all already been made.