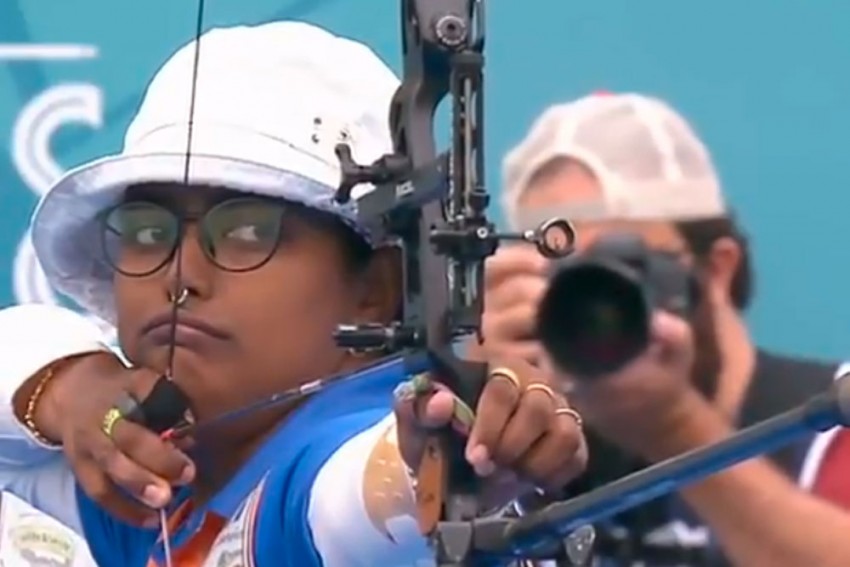 In London 2012, Deepika Kumari made a first-round exit as a full strength Indian side failed to make any impact, and the outing was no better in Rio de Janeiro four years later.
Courtesy: Twitter
PTI 2021-07-22T15:46:37+05:30 Deepika Kumari In Focus As Indian Archers Start Campaign At Tokyo Olympics 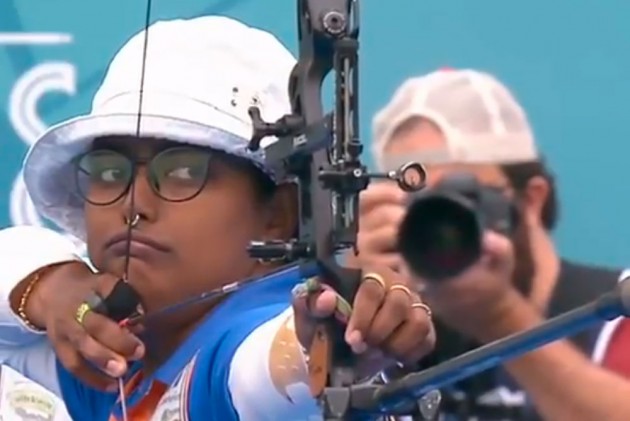 Up against a familiar pre-Olympic hype and with history stacked heavily against them, Indian archers will have a feeling of deja vu when they begin their Tokyo Games campaign with the rankings round in Tokyo on Friday.

Notwithstanding the women's team's failure to qualify, the quartet of Deepika Kumari, Atanu Das, Tarundeep Rai and Pravin Jadhav entered the mega-event with renewed hopes of winning the country's first Olympic medal in the sport.

The biggest prospects are the husband-wife duo of Das and Deepika who would look to recreate the magic of the Paris World Cup in the mixed pair competition that would make its Games debut on Saturday at the Yumenoshima Park.

Since the 1988 Games, India have produced many champions in the sport with the likes of Limba Ram and then Dola Banerjee winning at all levels except at the Olympics.

Jayanta Talukdar had become a world number two in 2006, while Dola had raised the bar in 2007 by becoming the world champion, but they all fizzled out at Beijing 2008.

What followed was a meteoric rise of Deepika, who turned many heads around at a young age of 15, by winning the Youth World Championships in 2009 and then bagging two gold at the New Delhi Commonwealth Games next year.

But in London 2012, she made a first-round exit as a full strength Indian side failed to make any impact, and the outing was no better in Rio de Janeiro four years later.

Competing in her third successive Olympics, two-time world No. 1 Deepika has seen it all, from the lows of London to hitting rock-bottom at Rio 2016.

Five years down the line, the firebrand archer from Ranchi is in the form of her life having already won five World Cup gold medals in recent times.

Wiser and perhaps more daring, Deepika's biggest challenge would be to overcome the Koreans, who are both mentally and physically strong.

"It's very important because Indian archery does not have an Olympic medal so I want to win," Deepika said ahead of the Games.

"I want to prove to myself that I can win. So it's very important for me, my entire archery team and my country."

In the absence of defending champion Chang Hye Jin who failed to make the cut, Deepika's biggest threat is Kang Chae Young, who would have been the world No. 1 if the Olympics were held in 2020.

The promising 20-year-old An San, who had beaten Deepika in straight sets en route to win the gold at the Tokyo 2020 Test Event in July 2019, would also pose a big challenge.

Having qualified for the first time since 2012, the Indian men's team also offers some promise and it would be a big achievement, should they make the last-four.

Comprising veteran Army archer Tarundeep Rai, Das and the promising Pravin Jadhav, the men's team won a silver medal at the World Championships in 2019 to book its place at the Olympics.

Rai is competing in his third Olympics since making his debut at Athens 2004, while Das will make his second appearance after Rio.

The world rankings don't give the correct picture as neither Korea nor Chinese Taipei, China and Japan really competed internationally since the second half of 2019.

All four of these nations will be at full strength in the Japanese capital and it remains to be seen whether the Indians are able to overcome the Asian threat and the familiar pressure of being at the Olympics.