With Muslim players featuring in almost every team in the league, it's a norm for the franchises to entertain such request 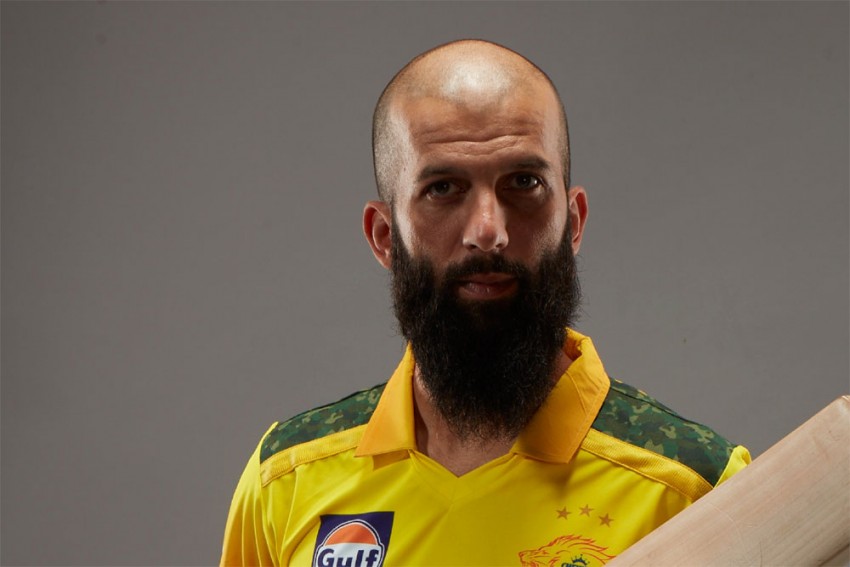 It's a matter of faith for Moeen Ali, and he doesn't consume or promote alcohol
Courtesy: Twitter (@ChennaiIPL)
Outlook Web Bureau 2021-04-04T16:54:19+05:30 No Alcohol, Please! Chennai Super Kings To Give Moeen Ali Special Shirt For IPL 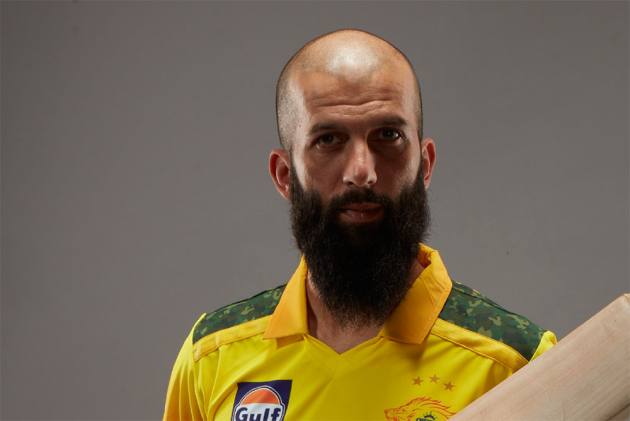 The move came after Ali, a practising Muslim, had told the franchise that he won't flaunt the logo of an alcohol brand on his jersey.

This is not the first time in the IPL for a player to demand such a move. Players often obtained permission to not display logos or promote products that hurt their religious sentiments.

Ali joined the Mahendra Singh Dhoni-led outfit for a whopping Rs 7 crore for the 2021 edition of the world's premier T20 cricket league. He has played 19 IPL matches so far, scoring 309 runs and picked 10 wickets.

CSK jersey carries the logo of SNJ 10000, which is a surrogate product brand of Chennai-based SNJ Distilleries.

With Muslim players featuring in almost every team in the league, it's a norm for the franchises to entertain such requests. The same is with national cricket teams.

In fact, Royal Challengers Bangalore (RCB) had previously accepted the England all-rounder's request while he was the Virat Kohli-led outfit.

CSK start their IPL 2021 campaign against Delhi Capitals on April 10 at the Wankhede stadium in Mumbai.

Sevilla Vs Atletico Madrid, Live Streaming: When And Where To Watch La Liga Match