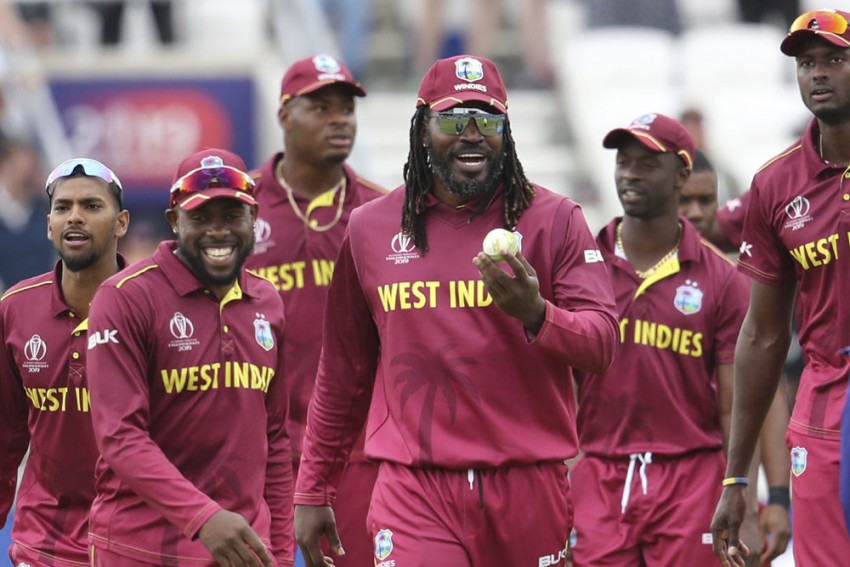 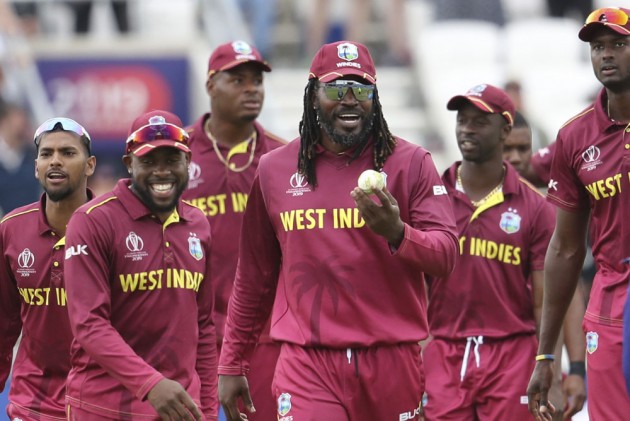 The experience of West Indies prevailed in the battle of back-benchers as they earned a 23-run win over Afghanistan, who had saved their best batting effort for their last ICC Cricket World Cup 2019 encounter at Headingley, Leeds on Thursday.

The win will hardly be any consolation for West Indies, who started the tournament on a high, but are going back with only two wins from nine games.

In reply, Rahmat Shah (62 off 78 balls) and Ikram Alikhil (86 off 93 balls) shared 133 runs to put Afghanistan in good position before they were stopped at 288 with the last eight wickets going for 99 runs.

Kemar Roach (3/37) and Carlos Brathwaite (4/63 in 9 overs) provided the breakthroughs at crucial moments to avoid an upset, which looked imminent at one point of time.

While right-hander Rahmat was the more graceful as he found the gaps time times with ease, it was exciting to watch 18-year-old left-hander Alikhil, who has beaten Sachin Tendulkar to record highest individual score by the youngest player in World Cup.

His chip-and-charge game, with his on-the-rise drive, was exciting to watch. He was airborne while playing the square cut and was not afraid to give the pacers a charge.

Afghanistan were cruising at 189 for two but Alikhil's prized scalp was taken by veteran Chris Gayle and they went out of steam. Ashghar Afghan (40) and Najibullah Zadran (31) did their bit but it wasn't enough in the end.

Earlier, young Pooran and skipper Jason Holder provided the final flourish with a century plus stand as West Indies scored a respectable 311 for six in an inconsequential league stage encounter.

This was after Shai Hope (77 off 92 balls) and Evin Lewis (58 off 78 balls) set the platform with an 88-run second wicket partnership.

For Afghanistan, seamer Dawlat Zadran was the most successful bowler but was hammered during the last few overs. He ended with figures of 2 for 73.

The Afghan spin troika of Mujeeb ur Rahman (0/52 in 10 overs), Mohammed Nabi (1/56 in 10 overs) and Rashid Khan (1/52 in 10 overs) were once again steady as the Caribbean batsmen couldn't push the run-rate up during middle overs.

Hope and Lewis both hit six fours and two sixes each as they built a foundation after Gayle's early dismissal. Shimron Hetmyer (39) also got a start but was out after being set. He added 65 runs with Hope for the third wicket.

Hope and Hetmyer were out within 20 runs of each other and West Indies weren't exactly comfortable at 192 for four in the 38th over.

But Pooran and Holder attacked the bowling in the last 10 overs. Pooran, after his hundred in a lost cause against Sri Lanka, was again in his elements, reaching his half-century off only 40 balls. His flat-batted six off Zadran was a delight to watch.

His skipper wasn't far behind as he muscled the bowlers over the ropes with his big strides.

Pooran hit six fours and a six while Holder had four maximums apart from a boundary to his credit.