Having mustered just three points from six games in the ongoing Cricket World Cup, South Africa are all but out of the tournament while Pakistan might still sneak into the semifinals, provided they win their remaining four games and other results go in their favour. Both sides meet each other at the Lord's, on June 23. 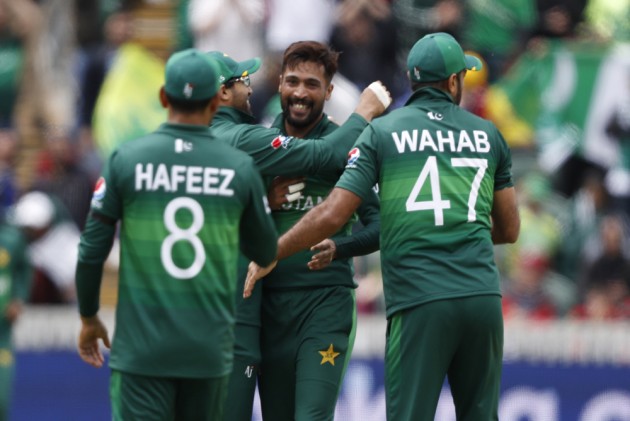 With both teams virtually out of the semifinal race, South Africa and Pakistan will be battling it out for a consolation win in their Cricket World Cup match at the Lord's, on June 23.

Having mustered just three points from six games, South Africa are all but out of the tournament while Pakistan might still sneak into the semifinals, provided they win their remaining four games and other results go in their favour.

When Pakistan were pummelled by West Indies in their tournament opener, many of their loyal fans drew parallel to their triumphant campaign in 1992 when they scripted a sensational turnaround to win the title.

However, following Pakistan's heavy loss against India on June 16, not many of their supporters have any hopes left from their struggling side. It is not a surprise that the fans have shown little restraint in their criticism of the Sarfaraz Ahmed-led side and stories of factionalism have surfaced from nowhere.

"It (severe criticism) is usual in Pakistan cricket after the team performs badly, isn't it? The expectations are always high," said former captain Shahid Afridi during his chat with Shoaib Akhtar on the latter's YouTube channel.

Mohammad Amir was the lone warrior in the bowling department against India and their batting and fielding, too, was a big let down once again. Senior player Shoaib Malik, who has not been among the runs so far, is not expected to get another game in his last competition before he retires from ODI cricket.

South Africa, too, have not learnt from their mistakes in what has been a disappointing campaign.

They did have their moments in the previous game against New Zealand but let the Kane Williamson-led side off the hook and paid the price for it.

Head coach Ottis Gibson said the team's target in the remaining games is to play to its potential.

"We've still got three games to play and I'd like to think that we can at least play the way we know we can play," said Gibson ahead of the game.

"The thing about the squad is that there are guys playing their last World Cup and I'd like to think that they will leave the world stage having signed off on a strong note.

"And there are some youngsters here that I'm sure will play in future World Cups. So they too would like to leave a statement. That's the way we've got to look at it," he added.

Leggie Imran Tahir and batsman J P Duminy will retire from ODIs after the conclusion of the team's campaign here.

It will also be the first match at the Lord's in the World Cup and it remains to be seen how the pitch will play.