Cricket World Cup, Pakistan Vs South Africa: We Have To Lift Ourselves, Feels Wahab Riaz

Wahab Riaz has revealed that Pakistan's Cricket World Cup players know about the gravity of the situation and that it is a do-or-die situation against South Africa. 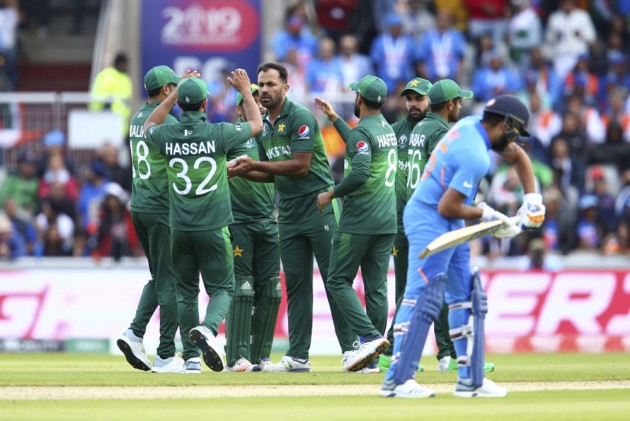 With Pakistan's Cricket World Cup slowly coming to an inglorious end, Wahab Riaz has asked his teammates to play as a team and stay united ahead of their encounter against South Africa, at Lord's, on June 23.

Riaz has revealed that the Green Army know about the gravity of the situation and that it is a do-or-die situation. Pakistan have just notched three points from five fixtures. They are currently in ninth place in the standings.

Progression to the knockout phase means that they will need to win all their remaining matches. But other than winning, the team needs to improve their net run-rate and also pray for other results to be in their favour.

Riaz told reporters, "We have to lift ourselves. We are each other's strength. We are all good friends and know that only 15 of us can lift the team which not even our family members can do."

The 33-year-old also revealed that the team are working on their mistakes in the previous fixtures, especially in the loss against India. "Good teams are the ones who realises their mistakes, so we have discussed all those mistakes and a two day break has refreshed us," quipped Riaz.

He also states that the bowling department needs to improve on their performances. He said, "As a bowling unit we are trying hard, We are all focused to do well in the South Africa match. You need wickets upfront in England but we were not getting that."

Next up, Pakistan face South Africa on June 23, at Lord's.