Home  »  Website  »  Sports  »  Cricket World Cup Final: New Zealand Were Robbed Off By Umpires? England Should Have Got Only Five Runs Instead Of Six, Says Simon Taufel

Cricket World Cup Final: New Zealand Were Robbed Off By Umpires? England Should Have Got Only Five Runs Instead Of Six, Says Simon Taufel

Simon Taufel, who had umpired during the ICC Cricket World Cup 2019 final, pointed out that the officiating umpires Kumar Dharmasena and Marais Erasmus made a mistake by rewarding six runs to England from an overthrow 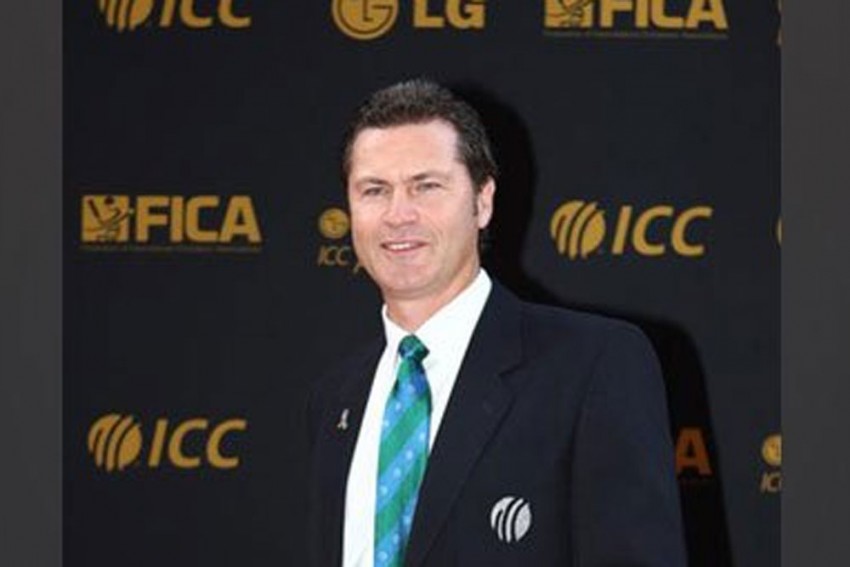 Regarded as one of the best umpires ever, Simon Taufel is currently part of the MCC's laws sub-committee that makes the rules governing cricket.
Courtesy: Twitter (@ANI)
Outlook Web Bureau July 15, 2019 00:00 IST Cricket World Cup Final: New Zealand Were Robbed Off By Umpires? England Should Have Got Only Five Runs Instead Of Six, Says Simon Taufel 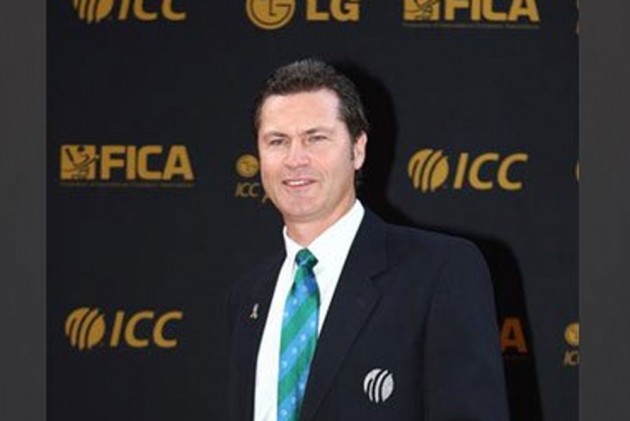 In a heady Cricket World cup 2019 final at Lord's on Sunday, England beat New Zealand by 'boundaries' even as the match witnessed some contentious calls from the umpire. But the match-defining decision was the one involving four overthrows after the ball deflected from Ben Stokes' bat, and now former umpire Simon Taufel explained that England should have been given only five runs, not six. Meaning, the tie that forced the Super Over and subsequently the boundary count-back were all against the prescribed ICC rules.

The final will be remembered for ages as it did not have a winner after 50-overs' and Super Over – both of which were tied. In the end, England were announced as the winner as they had hit more boundaries, 26, as compared to New Zealand's 17 boundaries in the match.

New Zealand had set up 242 for England. As the hosts needed nine runs off three balls, all-rounder Ben Stokes hit the ball into the deep off Trent Boult and ran for a double.

New Zealand's Martin Guptill threw the ball in an attempt to run Stokes out but the ball bounced off his bat and reached the boundary. As a result, England were awarded six runs - two for a double and four for the overthrow.

Taufel, who had umpired during the 2011 World Cup final, pointed out that the officiating umpires Kumar Dharmasena and Marais Erasmus made a mistake.

Currently part of the MCC's laws sub-committee that makes the rules governing cricket, Taufel told foxsports.com.au that England should have been awarded five runs, not six.

Here's why: at the moment the ball was released by Guptill, Stokes and his partner, Adil Rashid, had not yet crossed for their second run.

According to the Law 19.8 related to an "overthrow or wilful act of fielder", says, "If the boundary results from an overthrow or from the wilful act of a fielder, the runs scored shall be any runs for penalties awarded to either side, and the allowance for the boundary, and the runs completed by the batsmen, together with the run in progress if they had already crossed at the instant of the throw or act."

And that's not all, Taufel also said that Stokes and Rashid should have switched ends once the run was found to be incomplete, meaning Rashid would have played the fifth ball with three runs required to win.

However, Taufel went on to defend the officiating umpires, saying the umpires have to consider a number of things while examining every ball.

"In this particular case, the umpires have got a lot on their plate, because like every ball, they've had to watch the batsmen complete the first run, they've had to watch the ball being fielded, to understand how it's in play, whether the fielder's done the right thing. Then they've got to look to see when the ball is released, in case there is an overthrow. And that happens every delivery of the game. And then they've got to back to see where the two batsmen are," he said.

Also Read: Stokes' Hand Of God Or An Umpiring Blunder?

Taufel, who was named the International Cricket Council (ICC) Umpire of the Year every year from 2004 to 2008, further said the umpires have to follow and examine whether there is a run out, an obstruction on the field and whether the ball has been taken fairly.

"They've then got to follow on and see what happens after that, whether there is a run out, whether there's an 'obstructing the field', whether the ball is taken fairly. There's multitudes of decisions to be taken off the one delivery. What's unfortunate is that people think that umpiring is just about outs and not outs. They forget we make 1000s of decisions every match," he said.

"So it's unfortunate that there was a judgment error on the timing of the release of the ball and where the batsmen were. They did not cross on their second run, at the instant of the throw. So given that scenario, five runs should have been the correct allocation of runs, and Ben Stokes should have been at the non-striker's end for the next delivery," he said.

Taufel also said that the umpires did their best and it would be unfair to say that one decision cost New Zealand their maiden victory in the tournament.

"We're not perfect. You've got the best two umpires in the elite panel doing the final. They're doing their best like the other two teams are. This is just part of the game. I think it's unfair to say that the World Cup was decided by that one event. There's a lot of 'what ifs' and 'what should bes' and 'what could bes' that happen off those 600-plus deliveries. That's the nature of sport," the retired Australian umpire said.