The MSK Prasad-led Indian selectors named "three-dimensional" Vijay Shankar, instead of Ambati Ryaudu in the squad for the World Cup thus putting to rest the uncertainty over number four spot. 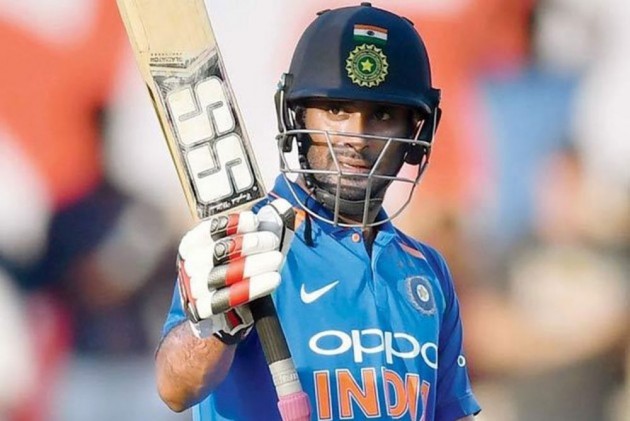 A day after Indian selectors ignore him for the Cricket World Cup 2019, Ambati Rayudu took a subtle dig at the five wise men saying he has "ordered 3d glasses" to watch the mega event.

The MSK Prasad-led selectors named "three-dimensional" Vijay Shankar in the squad for the World Cup thus putting to rest the uncertainty over India's number four spot.

"Just Ordered a new set of 3d glasses to watch the world cup," Rayudu wrote on his twitter handle Tuesday.

Disappointment knocked on Rayudu's door when his name was left out of the squad just a few months after captain Virat Kohli had more or less earmarked him for the number four position.

"We did give a few more chances to Rayudu but Vijay Shankar gives three dimensions. He can bat, if the conditions are overcast, he can bowl, plus he is a fielder. We are looking at Vijay Shankar as a No. 4," chief selector MSK Prasad said Tuesday, justifying his selection.

On the other hand, in his quest to ramp up his limited-overs game, Rayudu had even given up on white ball cricket but he has struggled to be consistent.

Three poor outings against Australia in the five-match ODI home series seemed to have put paid to his hopes. The experienced batsman also could not light up the Indian Premier League in a way he would have liked.

While he enjoys an average of 47.05 in 55 ODIs, the three failures against Australia hurt him.

The batsman was the team's number four since the Asia Cup last year. Between then and the home series against Australia, Rayudu scored one century and four fifties. A 113-ball 90 in New Zealand earlier this year paved the way for India's victory after they were tottering at one stage.

He played only two ODIs during the tour of Australia, but was the highest run-getter for India in the ODIs on the tour of New Zealand, with 190 runs in five innings at an average of 63.33 and a strike rate of 82.25.

But the performances were not enough for him to ensure a ticket to the United Kingdom.