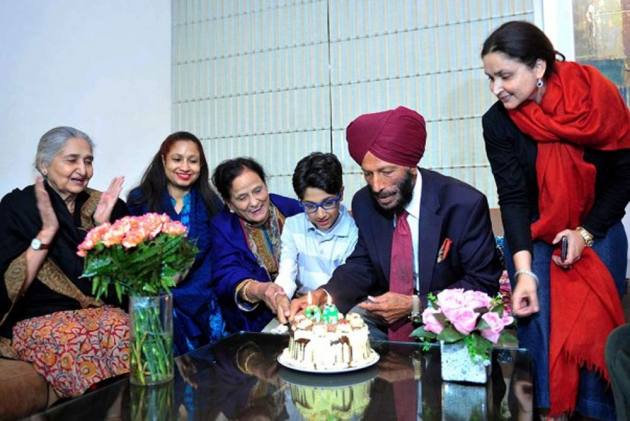 Legendary Indian sprinter Milkha Singh is "better and more stable" as he battles COVID-19 in the ICU of the PGIMER hospital in Chandigarh even as his wife and former volleyball captain Nirmal Kaur's condition deteriorated because of the same ailment. (More Sports News)

In a statement, Postgraduate Institute of Medical Education and Research (PGIMER) said that Milkha is better than Thursday when he was brought to the hospital with dipping levels of oxygen.

"On the basis of his medical parameters today, his condition has been observed better and more stable than yesterday," PGIMER's official spokesperson, Prof Ashok Kumar, said.

Kumar said that Milkha is being closely monitored by a team of three doctors at PGIMER.

Milkha's 82-year-old wife Nirmal, who had also contracted COVID-19 days after her husband got the infected, continues to be in the ICU of the Fortis hospital, which said that her condition has deteriorated.

"Mrs Milkha Singh has deteriorated with progression of disease and increase in oxygen requirement. She is presently on HFNC (High Flow Nasal Cannula) and NIV (Non Invasive Ventilation) intermittently," the hospital said in its health bulletin.

Earlier in the day, Milkha's son Jeev too said that his father was stable and thanked the PM for calling his father.

"Many thanks to Prime Minister@narendramodi for taking time out of his busy schedule and call dad to find out about his health," Jeev said in a tweet.

Modi on Friday spoke to Milkha and expressed hope that the iconic former athlete will be back soon to "bless and inspire athletes, who will be participating in the Tokyo Olympics."

Milkha was discharged from a private hospital in Mohali on Sunday last where he received treatment for the infection.

He, however, continued to be on oxygen support at home also.

Jeev had reached Chandigarh from Dubai on May 22. His elder sister, Mona Milkha Singh, who is a physician in the United States, has also reached here.

Milkha is suspected to have contracted the infection from a house help.

The legendary athlete is a four-time Asian Games gold-medallist and 1958 Commonwealth Games champion but his greatest performance remains the fourth-place finish in the 400m final of the 1960 Rome Olympics.

His timing at the Italian capital was a national record for 38 years till Paramjeet Singh broke it in 1998.