Chelsea beat Porto on Wednesday to bounce back from the chastening loss to West Brom. Thomas Tuchel expected as much.

Tuchel had overseen 14 games without defeat since replacing Frank Lampard in January until Saturday, but his unbeaten run as Blues head coach came to a stunning end at Stamford Bridge.

The fit-again Thiago Silva was sent off only 29 minutes into his first game for two months and second-bottom West Brom capitalised in ruthless fashion after Christian Pulisic opened the scoring in a match that ultimately finished 5-2 to Sam Allardyce's men.

It was only the second time in Premier League history that Chelsea had conceded five times at home, and to make matters worse, Kepa Arrizabalaga and Antonio Rudiger were involved in a training ground bust-up in the wake of that defeat.

But on Wednesday in Seville, where both legs of their quarter-final will be played due to coronavirus travel restrictions, Chelsea were clinical.

UP THE CHELS! #PORCHE pic.twitter.com/6VzUC60PES

Mason Mount's first-half opener was added to late on by Ben Chilwell, who pounced on a defensive error, giving the Blues two away goals and putting them in complete control of the tie, much to the satisfaction of Tuchel after a difficult few days.

When asked if he had been confident of a good response to the Baggies defeat, Tuchel told BT Sport: "I was pretty sure about that because I saw a response immediately after the game in the dressing room and the next day, on Monday. I was pretty sure, it wasn't a big concern.

"We had a big loss of course, but it was our responsibility, we accepted it, me included, for all of us we were ready to respond.

"There will always be setbacks in sports. The biggest challenge is to bounce back.

"That brings us closer together and increases the trust, and it was important for the guys to have straight after this defeat a clean sheet. It was excellent."

Chelsea have become accustomed to clean sheets this term, with Wednesday's shutout their seventh in the Champions League this term, taking them level with Manchester City as leaders in this regard.

It was also Edouard Mendy's 10th clean sheet across all competitions since Tuchel was appointed in January, more than any other goalkeeper in Europe's top five leagues. 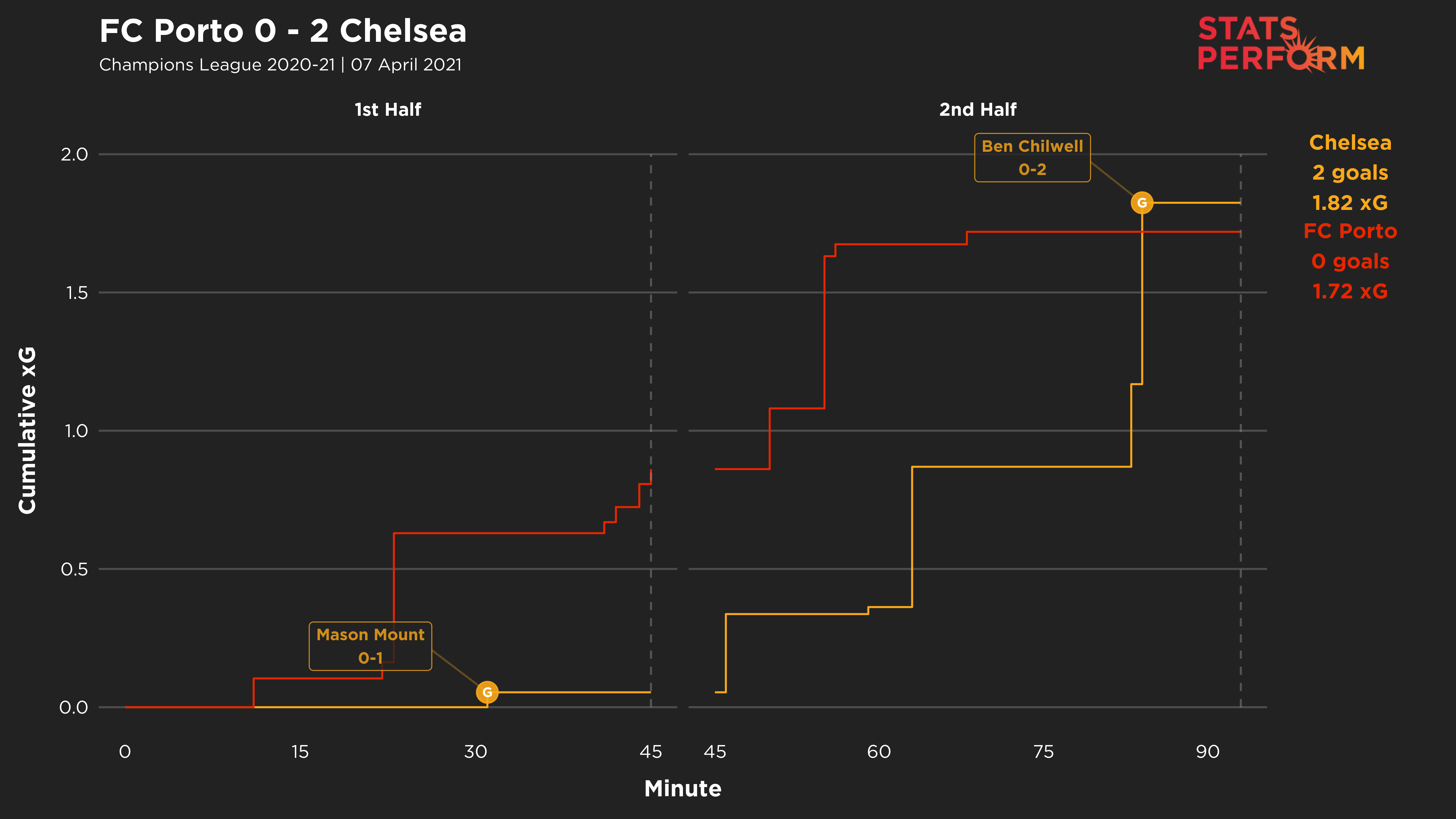 But the scoreline did not give a true reflection of the game, with Porto the better side for periods of the game and only just second best in terms of expected goals (xG) – 1.8 to 1.7 in Chelsea's favour.

The second leg will take place on April 13, also at Sevilla's Ramon Sanchez Pizjuan, with Chelsea set to be the home side on that occasion.