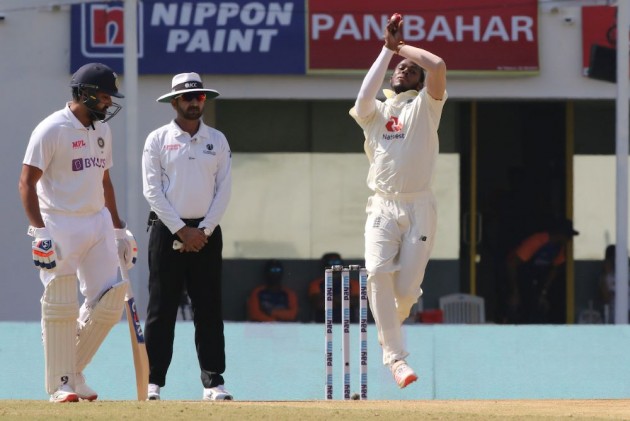 Pacer Jofra Archer consolidated England's position, removing both openers as India went to lunch at 59 for 2 in reply to hosts' mammoth first innings score of 578 in the opening Test here on Sunday. IND Vs ENG DAY 3 BLOG | News

Cheteshwar Pujara and skipper Virat Kolhi were batting on 20 and 4 respectively at lunch while Archer had figures of 2 for 25.

The home team lost opener Rohit Sharma (6) early, edging one to Jos Buttler after Archer got the ball to move a shade along with extra bounce.

India suffered a second jolt when the young Shubman Gill (29, 28 balls, 5 fours) was brilliantly caught by veteran James Anderson at mid-on when he failed to keep the on-drive down.

Earlier, England posted a mammoth 578 in their first innings, losing the last two wickets in the morning session while adding 23 runs to the overnight score.

Dom Bess (34, 105 balls, 6 fours) was the first to go, trapped leg before by Jasprit Bumrah with one that angled in sharply.

No 10 Jack Leach (14 not out) and No.11 James Anderson (1) prolonged the England innings by five more overs before the latter was bowled when he failed to connect a slog-sweep off Ravichandran Ashwin.

Skipper Joe Root's marathon 218-run knock was the cornerstone of England's massive total on a docile pitch after the visitors opted to bat on winning the toss.

Opener Dominic Sibley (87) and Ben Stokes (82) were the other major contributors.

England ended day two at 555 for eight, with Root leading the way with a marathon effort of 218 (377 balls, 19 fours, 2 sixes) and sharing two massive partnerships with Sibley and Stokes.