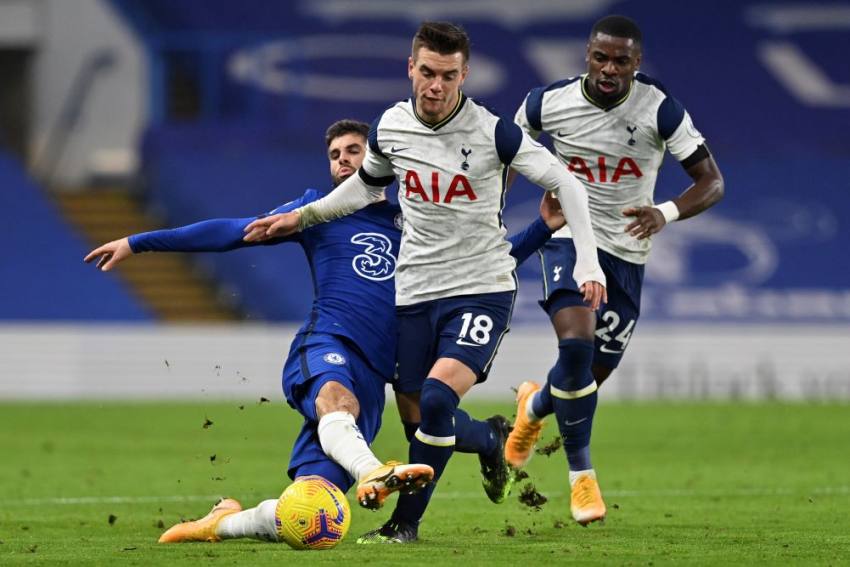 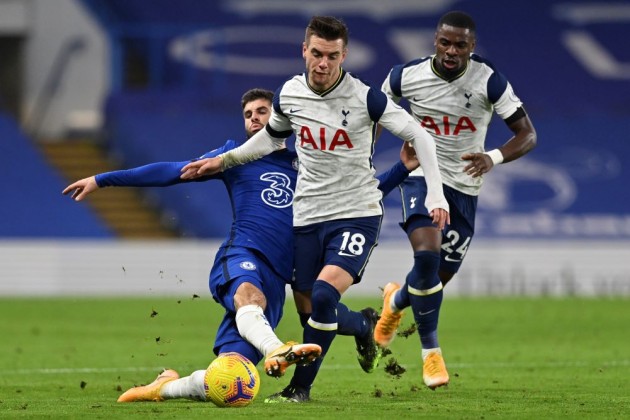 With Liverpool pegged back by Brighton and Hove Albion on Saturday, Spurs could have moved two points clear of the Reds at the top of the Premier League. Chelsea – playing the 1,000th game of the Roman Abramovich era – were also vying for pole position.

Yet despite a bright start in Sunday's London derby, with Timo Werner having a goal disallowed, neither side could make the breakthrough in what was an encounter short of clear chances.

Looking to score in three consecutive Premier League games for the first time since September 2019, Tammy Abraham missed three presentable opportunities as Chelsea had the better of the second half, with Olivier Giroud also fluffing his lines late on as the points were shared.

Hakim Ziyech sent a half-volley into Hugo Lloris' gloves in the opening minutes, but Spurs showed their threat on the counter when Harry Kane slipped in Steven Bergwijn, who drilled over.

Chelsea mounted a swift break of their own two minutes later – Werner finishing in stunning fashion off the right-hand upright – but the offside flag spared Spurs.

Edouard Mendy then made a fine save from Tottenham full-back Serge Aurier, though that strike was the second of just two attempts on target in what became a cagey first half.

Chelsea got behind Spurs' line in the 48th minute, with Reece James aiming a brilliant cross towards Abraham, who failed to make solid contact with his header.

Abraham missed a near-identical chance moments later, before he failed to tuck in from Werner's pinpoint delivery.

Mason Mount saw a long-range strike kept out with nine minutes to go, though Abraham's replacement Giroud had the best chance of the closing stages, only to lob a tame effort straight to French compatriot Lloris.