Real Madrid battled back from 2-0 down to a 2-2 draw with Club Bruges on another disappointing Champions League night for the 13-time champions. 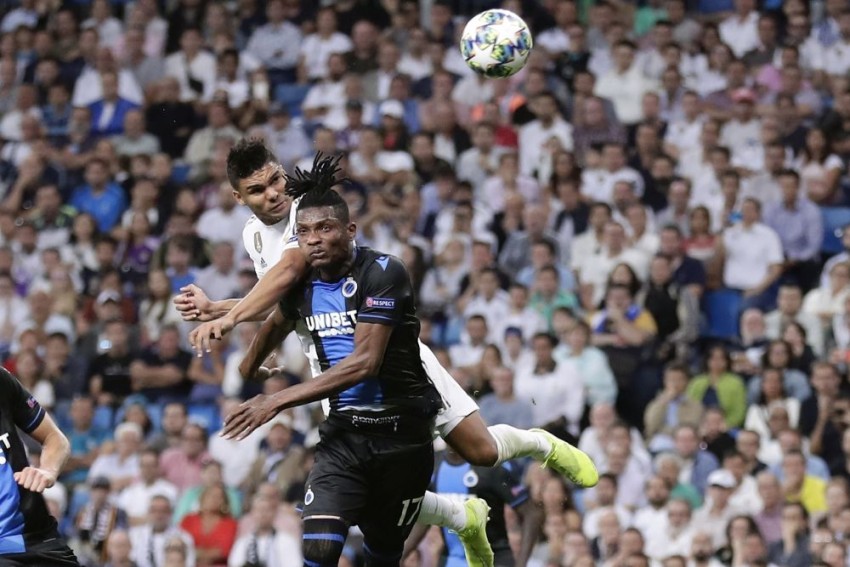 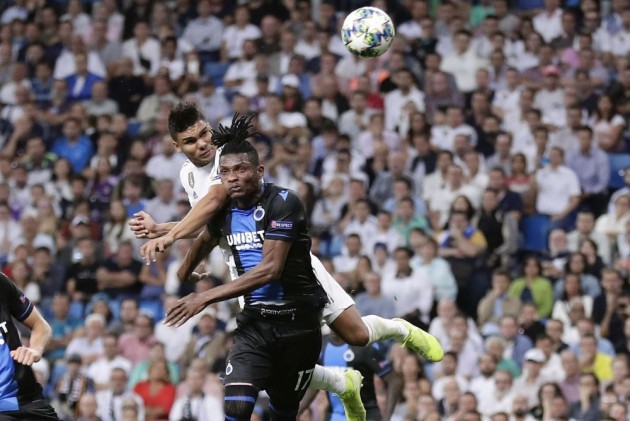 Real Madrid fought back from two goals down to draw 2-2 with Club Brugge on Tuesday (October 1) thanks to a late equaliser from Casemiro. (FOOTBALL NEWS)

The visitors stunned the Santiago Bernabeu in the first half through two goals from Emmanuel Bonaventure Dennis, but Sergio Ramos and Casemiro clawed back a point for Zinedine Zidane's side.

A 3-0 defeat to Paris Saint-Germain on matchday one had led to some speculation over Zidane's position as head coach and the nature of their first-half display against Brugge will have done little to ease the pressure.

The comeback, secured after Ruud Vormer's red card, at least spared some of Madrid's blushes and means they are only a point behind Brugge in Group A, who drew with Galatasaray in their opening match.

Dennis made a mess of Percy Tau's low ninth-minute cross, but his poor touch saw the ball elude Thibaut Courtois and nestle in the Madrid net, with a VAR check sparing the visitors after an initial offside flag.

It got worse six minutes before the break when Luka Modric's careless pass sent Dennis through on goal and, after stumbling, he lofted the ball over Courtois and celebrated by mimicking former Madrid favourite Cristiano Ronaldo.

Zidane reacted by taking off Courtois - reportedly feeling unwell - and Nacho Fernandez for Alphonse Areola and Marcelo at half-time, but Dennis almost made it three when he had a shot saved.

Captain Ramos then halved the deficit with a 55th-minute header from Karim Benzema's cross, with VAR ruling the goal should stand after offside was initially given.

Just as Madrid appeared to be running out of time and ideas, away skipper Vormer was sent off for a second booking and Casemiro steered Toni Kroos' delivery beyond the stranded Mignolet to snatch a point with five minutes left.

Raheem Sterling came off the bench to score and provide an assist for fellow substitute Phil Foden as Manchester City beat Dinamo Zagreb 2-0 in the Champions League.

The Croatian champions were buoyant after a 4-0 thrashing of Atalanta in their Group C opener and the visitors held firm until midway through the second half at the Etihad Stadium on Tuesday.

Sterling's close-range finish and pass for Foden to score in added time ensured Pep Guardiola's side, who toiled without their injured playmaker Kevin De Bruyne, top the group with a maximum six points from their two games.

City took time to find their rhythm but Dominik Livakovic had to race off his line to block from Sergio Aguero in the 13th minute, Bernardo Silva then wasting a chance on the rebound.

Joao Cancelo was arguably fortunate only to be booked for a high boot on Dani Olmo, then Ilkay Gundogan rattled the crossbar and David Silva missed from eight yards out.

City saw penalty appeals after an apparent handball rejected and Aguero lashed home in the 25th minute but the whistle had already gone after Bernardo Silva inadvertently handled.

Guardiola sent on Sterling early in the second half and the former Liverpool forward eventually forced the breakthrough in the 66th minute.

Rodri's pass broke Dinamo's defensive line and when Riyad Mahrez slotted a low cross into the six-yard box, Sterling was there to steer in his 11th goal of the season for club and country.

Guardiola was booked for displaying his frustration at Sterling not being awarded a penalty shortly after the deadlock was broken and City finally got their second in the fifth minute of added time, Foden confidently netting his first of the season at the end of a swift breakaway.