Chelsea beat Rennes through a late Olivier Giroud header on Tuesday to secure a spot in the last 16 of the Champions League. 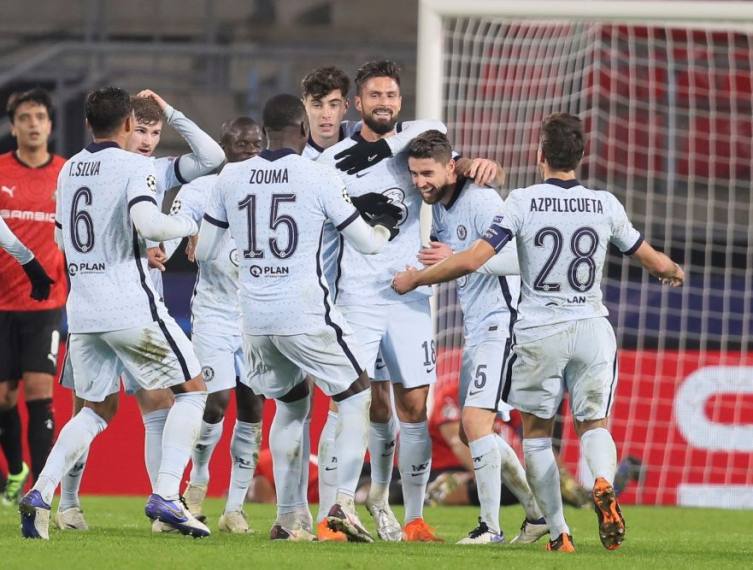 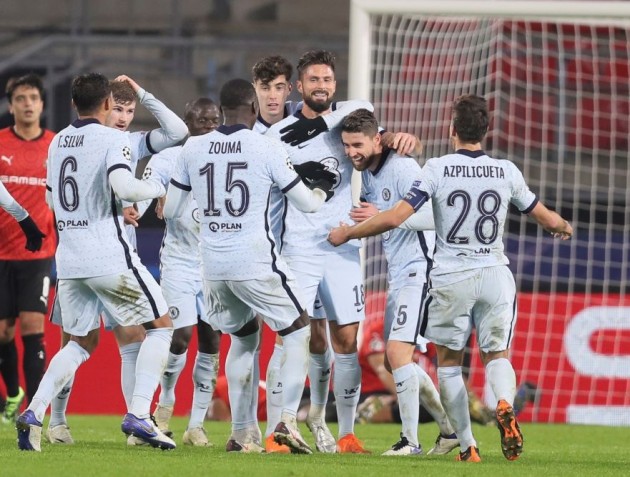 Olivier Giroud powered in a stoppage-time header as Chelsea beat Rennes 2-1 to book a place in the last 16 of the Champions League with two games to spare.

Frank Lampard's side won the reverse fixture 3-0 earlier this month but they were made to work a lot harder for Tuesday's victory - their sixth in a row in all competitions.

Serhou Guirassy looked to have rescued a point for Rennes when he cancelled out Callum Hudson-Odoi's first-half opener in the 85th minute at Roazhon Park.

But second-half substitute Giroud won it in added time to ensure Chelsea will progress from Group E along with Sevilla.

We left it late, but it's THREE points in the #UCL secured...

Timo Werner blazed over the crossbar from six yards but Hudson-Odoi, who set up that early chance, soon had Chelsea in front when he controlled Mason Mount's long pass and tucked home after 22 minutes.

Mount should have added his name to the scoresheet seven minutes later, the midfielder thwarted by a superb reaction save from Alfred Gomis.

Chelsea were denied a second when Werner - on target twice from the penalty spot in the reverse fixture - converted Cesar Azpilicueta's cross but was flagged for offside.

Rennes had lost their previous three matches in all competitions without scoring but they managed to find a way past Edouard Mendy, who joined Chelsea from the Ligue 1 side in September.

Mendy did well to save attempts from Gerzino Nyamsi and Guirassy but the latter made the hosts' pressure tell when left all alone to head in.

Just when it looked like Rennes had done enough to frustrate Chelsea, Giroud - on the field for 22 minutes - towered above Nyamsi to score a header of his own after Werner's initial shot was saved.

What does it mean? Job done for in-form Blues, Rennes miss out

Boss Lampard was eager for Chelsea to wrap up qualification at the earliest possible opportunity given his side's "brutal" December fixture list.

Giroud's late goal ensures the Blues cannot be caught by Rennes and Krasnodar, with Sevilla - late 2-1 winners over the Russian side on Tuesday - also advancing.

Lampard therefore has the luxury of being able to rotate for the remaining two group matches following this victory, which makes it 10 games without defeat.

Lampard on Monday vowed to give Giroud more opportunities in the coming weeks after the striker admitted to being frustrated by his lack of playing time.

He was again a substitute here but made the most of his chance from the bench, becoming the fourth player to score for both Arsenal and Chelsea in the competition, along with William Gallas, Cesc Fabregas and Nicolas Anelka.

The left-back looked good in an attacking sense, setting up Mount's big chance in the first half and firing in a couple of shots of his own, one of those testing Gomis.

But he very nearly cost his side with a couple of blind passes and gave away possession 27 times, with Rennes midfielder Benjamin Bourigeaud the next worst culprit (22).

Rennes travel to Strasbourg on their return to Ligue 1 action on Friday, while Chelsea have a huge derby with Tottenham at Stamford Bridge in the Premier League on Sunday.