Porto reached the quarter-finals of the Champions League by virtue of away goals after a thrilling 4-4 aggregate draw with Juventus. 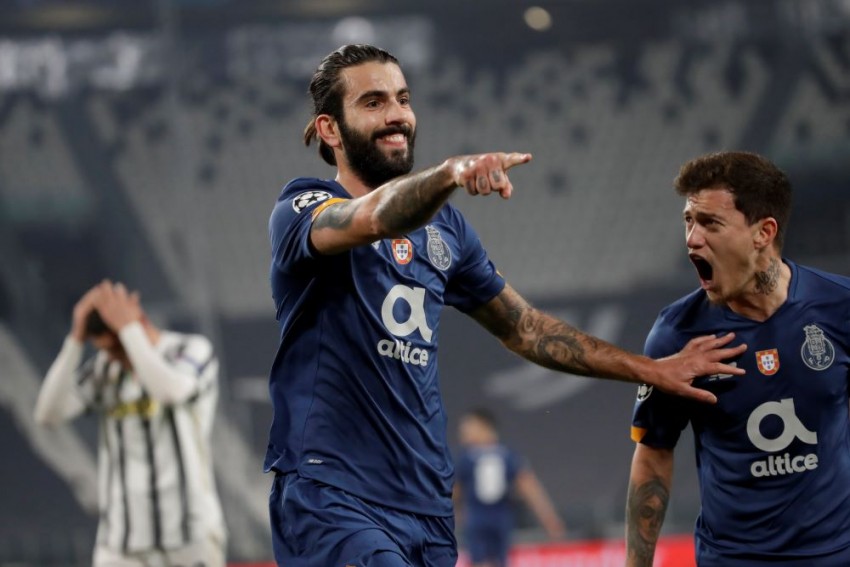 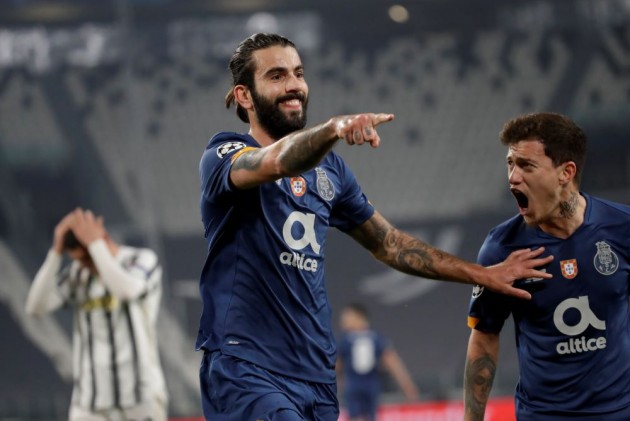 Sergio Oliveira scored twice as 10-man Porto dumped Juventus out of the Champions League with a scintillating away goals victory after a 3-2 second-leg defeat in Turin. (More Football News)

Juventus' task of overturning a 2-1 deficit from the first leg was compounded when Oliveira's penalty gave Porto a the lead after 19 minutes, but Federico Chiesa netted twice in 14 second-half minutes - either side of a red card shown to Porto striker Mehdi Taremi - to take the round-of-16 tie into extra-time.

Oliveira buried a stunning second goal of the night with five minutes left in the second period of extra-time, only for Adrien Rabiot to equalise and set up a tense finish.

Porto held on to spark wild celebrations on the visiting bench as Juve's quest for a first European title since 1996 ended in failure, heaping pressure on head coach Andrea Pirlo.

2003-04 - FC Porto have progressed in a Champions League knockout tie after winning the first leg for the first time since the 2003-04 quarter-final vs Lyon. Survival.

Taremi caused Juve's defenders early problems before he went down under a challenge from Merih Demiral to win Porto a 19th-minute penalty.

Juve were back in it four minutes into the second half, when Cristiano Ronaldo deftly controlled the ball on the edge of the six yard box and gave Chiesa the opportunity to sweep high into the far corner of the net.

Taremi dealt Porto another blow when a reckless challenge on Chiesa earned him a yellow card moments before he was sent off for booting the ball away after the whistle had been blown 54 minutes in.

The 10 men of Porto withstood fewer than 10 minutes before Chiesa lost his marker and headed Juan Cuadrado's cross into the top corner of the net, despite Agustín Marchesin getting a hand to it.

Cuadrado struck the underside of the crossbar with a thunderous effort as there were chances at either end before the game entered extra-time.

There was another twist when Oliveira sent a 25-yard free-kick under the wall and into the bottom corner of the net with five minutes to play and although Rabiot headed home at a corner two minutes later, Juve could not deny Porto a place in the quarter-finals despite applying more late pressure.

What does it mean? Pressure mounts on Pirlo and his porous defence

With the Bianconeri 10 points off the pace in Serie A, albeit with a game in hand, Pirlo needed a strong showing in the Champions League.

But for all their attacking flair, Juventus faced nine shots in the first half alone and failed to keep Porto quiet even with 10 men.

The Bianconeri board will surely be asking questions after watching the Serie A champions bow out with some porous defending.

Chiesa became the first Italian to score twice in a Champions League match for Juve since Alessandro Del Piero in November 2008.

Yet the night belonged to Oliveira, who has plundered five goals in his last six games in the competition.

Ronaldo hit the target with just two of his five shots at goal, while strike partner Alvaro Morata tested Marchesin with all four of his attempts but found no way past the Porto keeper.

- Porto progressed in a Champions League knockout tie after winning the first leg for the first time since the quarter-final versus Lyon in 2004, when they won the competition.
- There were just 104 seconds between Oliveira's crucial free-kick and Rabiot's header in the 117th minute.
- No Porto player has scored more penalties in the Champions League than Oliveira (3). He also netted Porto's first direct free-kick in the competition since Casemiro against Basel in March 2015.
- Cuadrado became the first player to create 12 chances in a single Champions League game since Mesut Ozil for Real Madrid versus Spurs in April 2011.

Juventus are away at struggling Cagliari in Serie A on Sunday, while Porto are at home against Pacos de Ferreira in the Primeira Liga.