Barcelona won for the ninth time in 10 Champions League games without Lionel Messi. We look at some of the numbers behind their victory over Ferencvaros. 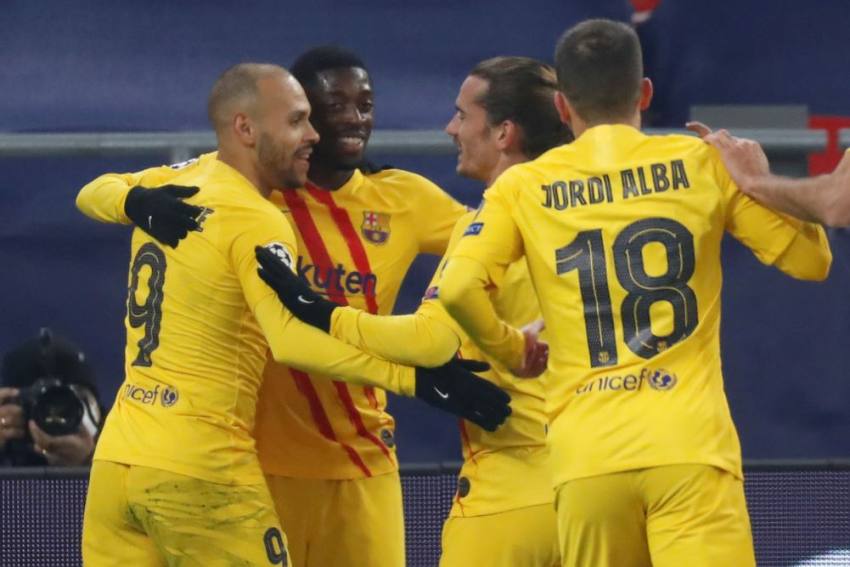 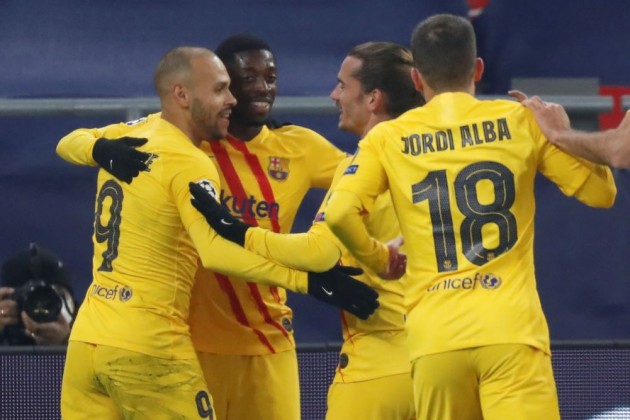 Barcelona coped admirably without Lionel Messi in their ranks as they eased to a 3-0 win over Ferencvaros in Wednesday's Champions League clash. (More Football News)

Messi was rested for the second consecutive Group G game due to concerns over his fitness and with Ronald Koeman's men already assured of a place in the last 16.

Barca eased to victory against the Hungarian champions thanks to goals from Antoine Griezmann, Martin Braithwaite and Ousmane Dembele inside the opening half an hour.

The LaLiga giants have now won nine of their last 10 Champions League games without Messi, drawing the other, since a 2-1 loss to Ajax in November 2013.

Braithwaite banging them in for Barca

Nobody has profited more from the recent rotation than Braithwaite, who has now started three straight games and scored in each of them, netting four in total.

In doing so, the Denmark international - who scored a brace in the 4-0 win over Dynamo Kiev last time out - became the first Barca player to score in his first two Champions League starts since David Villa in 2010.

Braithwaite rounded off a slick team move that consisted of 33 passes - the most in the build-up for a goal in the Champions League this season.

33 - Martin Braithwaite’s goal for @FCBarcelona against Ferencvárosi TC is the longest pass sequence of any @ChampionsLeague goal this season with a total of 33 passes. Overwhelming. pic.twitter.com/TEDPpNwf1O

Holding midfielder Pjanic played a key part in that impressive goal and was heavily involved throughout a game that allowed him to showcase his passing talents.

The former Lyon, Roma and Juventus man attempted 134 passes at the Puskas Arena, which is his best tally in 77 appearances in the competition, and the most of any player in UEFA's flagship competition this term.

Pjanic completed 126 of those passes - 45 more than next best Oscar Mingueza, who has now helped Barca keep three clean sheets in his three senior appearances.

MILESTONE! @AntoGriezmann has become the 4th French player in history to score 25 career goals in the @ChampionsLeague!pic.twitter.com/QQbqUfBUvv

Griezmann also appears to finally be finding some consistency for the club he joined from Atletico Madrid for a huge fee last year, elegantly backheeling in Jordi Alba's low cross to score for the third Barcelona game running for the first time.

That set the tone for what was to come, with Dembele rounding off the scoring from the penalty spot to make it three goals in four Champions League appearances in 2020-21 - already his joint-most in a single season, level with 2018-19.

It meant the simplest of victories in Budapest for Koeman's men, who have won their opening five group fixtures for the first time since 2002-03 under Louis van Gaal.

The LaLiga side's return of 16 goals is their most in a group-stage campaign since 2016-17 when they scored 20 goals across their six matches.