Mario Balotelli's response to racist abuse is further proof that football is on the right track to combat the issue, says Carlo Ancelotti 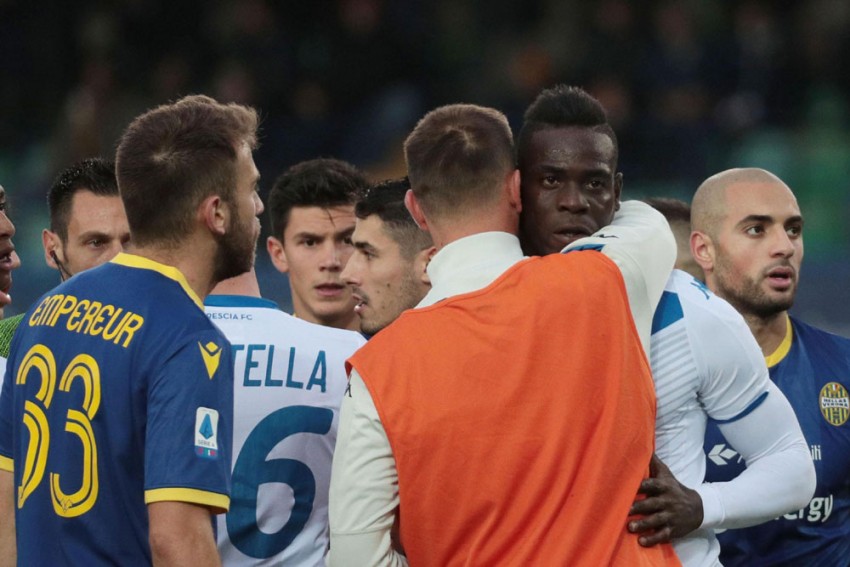 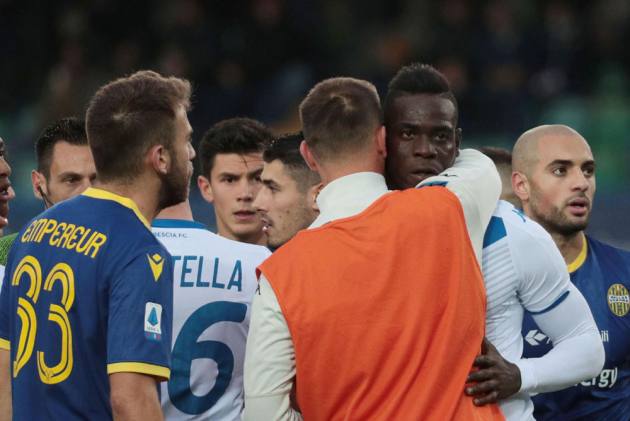 Napoli head coach Carlo Ancelotti has praised Mario Balotelli's reaction to the racist abuse he received during Brescia's Serie A clash with Hellas Verona on Sunday.

Balotelli kicked the ball angrily towards Verona supporters early in the second half after hearing abuse, before threatening to walk off the pitch.

The referee brought play to a halt before following protocol, with a statement read out to the crowd in an attempt to resolve the issue.

Balotelli was persuaded to stay on and see out the game by team-mates and Verona players, before the former Manchester City and Inter striker scored a stunning late goal in Brescia's 2-1 defeat at Stadio Marcantonio Bentegodi.

Ancelotti believes Balotelli was right to highlight the abuse and suggested the stoppage shows football is making advances in its efforts to combat racism.

Speaking ahead of Napoli's Champions League clash with RB Salzburg on Tuesday, Ancelotti said: "He did the right thing, he had the right reaction.

"There have already been a couple of episodes when the match has been stopped, so we are on the right path."

Ancelotti's Napoli are top of Champions League Group E and will qualify for the knockout stages if they beat Salzburg while Genk fail to beat Liverpool in the pool's other game.

@MrAncelotti : "We need to be compact in defence tomorrow and make our pace pay when we're going forward."
#NAPSAL
#UCL
#ForzaNapoliSempre pic.twitter.com/jihVDykRO8

The former AC Milan coach says it would be "exceptional" if they qualified with two games to spare but the experienced boss is refusing to get carried away.

"The Champions League is a way shorter competition than Serie A," he added. "For this reason, we have to be focused and our first goal is to go through.

"If we can manage it with two matchdays to spare, it would be exceptional. Tomorrow we have this chance and all our energy will be spent on getting it done. Then we will see.

"Many things can change and usually the Champions League is decided on little details."