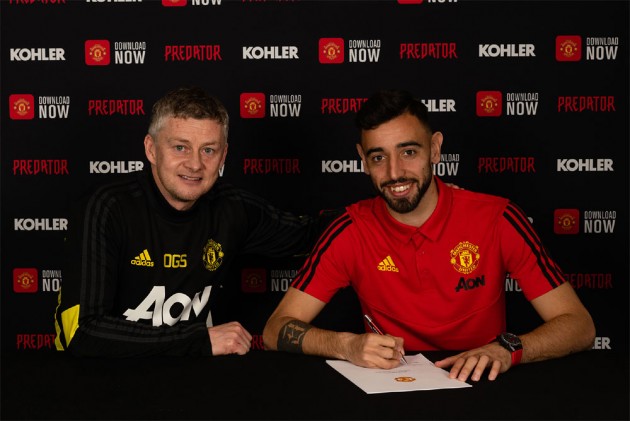 Bruno Fernandes' transfer to Manchester United from Sporting CP is under investigation by FIFA after Sampdoria launched a claim against the Portuguese club. (More Football News)

Sampdoria's complaint relates to payments they believe they are entitled to following Fernandes' move for an initial £48million (€55m) to Old Trafford in January.

The Portugal midfielder joined Sporting from Sampdoria for €8.5m in June 2017.

Sampdoria's claim concerns Sporting alone, meaning there is no suggestion United are guilty of any impropriety.

In a statement released to Stats Perform. a FIFA spokesperson said: "We can confirm that on 3 April 2020 the Italian club, UC Sampdoria, lodged a claim with FIFA against the Portuguese club, Sporting Clube de Portugal, related to financial obligations set out in the contract corresponding to the transfer of the Portuguese player, Bruno Miguel Borges Fernandes.

"The matter is currently being investigated and consequently we cannot provide further comments."

A report by The Times claimed Sampdoria believe they are entitled to €4.65m under a sell-on clause under the terms of Fernandes' move to Lisbon.

However, the 25-year-old was one of several Sporting players to rescind his contract before re-signing following an incident in May 2018 when fans invaded the club's training ground and attacked members of the squad.

It is thought Sporting believe they no longer have obligations to Sampdoria under the new contract Fernandes signed, given he technically penned that as a free agent to render any sell-on element null and void.

Fernandes has impressed since joining United, scoring two goals and supplying three assists in five Premier League matches before the 2019-20 season was placed on hiatus amid the COVID-19 crisis.