Brazil Vs Argentina, Copa America: Neymar, Lionel Messi Clash In The Final Most Fans Dreamed Of 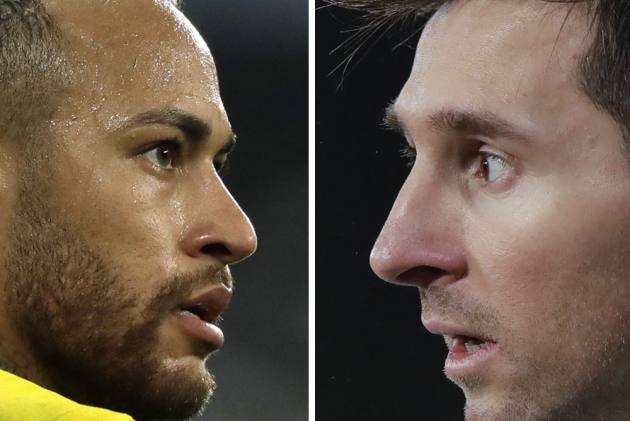 The most improvised Copa América will have the final most of the fans dreamed of. (More Football News)

Brazil and Argentina play for the South American title on Saturday at Rio de Janeiro's historic Maracana Stadium, one of soccer's spiritual homes. It should be a memorable ending to a tournament plagued by setbacks and moved at the last minute to one of the countries hardest-hit by COVID-19.

The Argentine star wants to lift his first major trophy with his country, which hasn't won any since 1993. Messi played and lost the Copa America finals of 2007, 2015 and 2016 and the 2014 World Cup — the latter against Germany at the Maracana.

“What I want the most is to win a title with the national team," captain Messi said after Tuesday's 3-2 penalty shootout victory against Colombia in the semifinal.

“We aim high, we managed to get the first objective, which was to play the final, play every match. Now we aim higher than ever.”

Neymar was ruled out of the 2019 Copa due to injury. He said after Brazil's 1-0 win against Peru on Monday that he wanted to face Argentina in the decider.

“But Brazil wins the final," Neymar jokingly said. He was one of the players who expressed concerns about the late decision to stage the tournament in his country after Argentina and Colombia were dropped as co-hosts.

Messi and Neymar, who won the Champions League together with Barcelona in 2015, are good friends. They were on opposite sides in 2011 when the Catalan giants thrashed Brazil's Santos 4-0 in the Club World Cup final.

Argentina and Brazil have faced off more than 100 times, but only in four deciders.

Argentina won the first of them 2-0 in 1937 for the South American championship, the predecessor of the Copa. Brazil won the other three.

Brazil beat Argentina 4-2 on penalties to win the 2004 Copa after striker Adriano levelled the game at 2-2 with the last shot in regular time.

One year later, the two arch rivals met for the Confederations Cup title in Germany. The Selecao hammered Argentina 4-1 after another great display by Adriano, who was playing alongside Kaká and Ronaldinho.

Argentina was heavy favorite to win the 2007 Copa, but Brazil crushed Messi's hopes with a 3-0 win in the final.

Brazil also beat Argentina in the previous Copa. A 2-0 victory in the semifinal came with goals by Gabriel Jesus and Roberto Firmino.

Jesus is out of Saturday's final due to suspension and Firmino may have lost his place to Lucas Paquetá.

The final will be played in an empty Maracana due to health protocols.