Mercedes converted their front-row lockout to a comfortable one-two finish at Spa, having not won the race in the previous two years 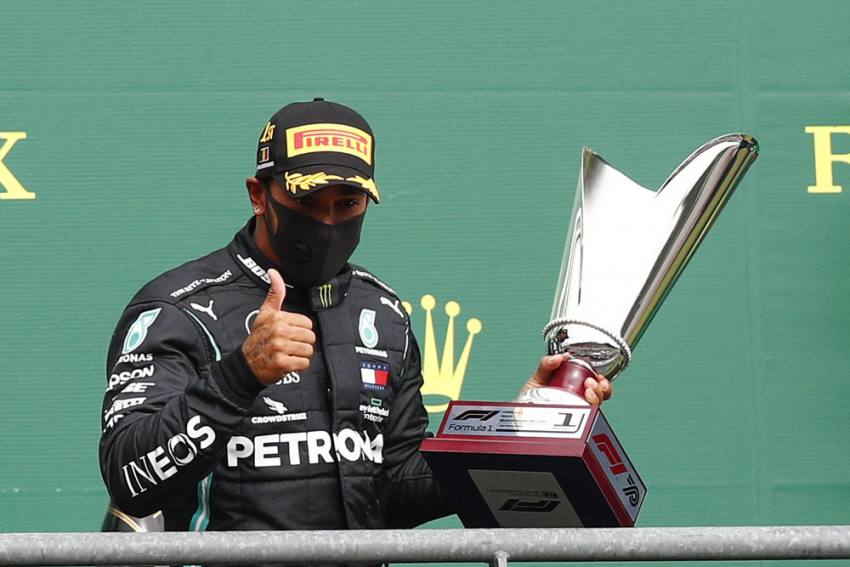 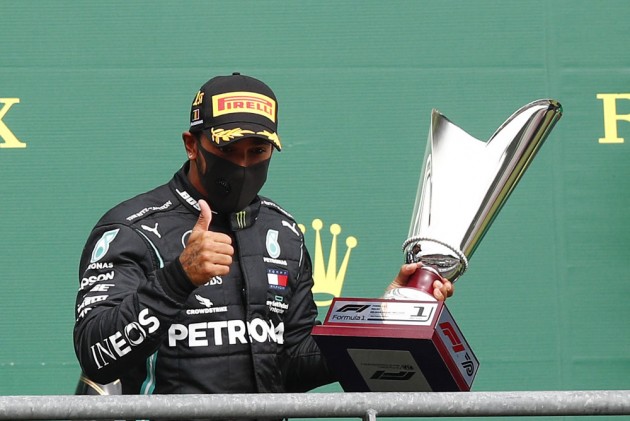 Lewis Hamilton continued his dominance of the Formula One season by taking victory in the Belgian Grand Prix at Spa. (More Sports News)

The Mercedes driver finished ahead of team-mate Valtteri Bottas and Red Bull's Max Verstappen on Sunday to make it five wins from seven races in 2020.

Hamilton led from pole position and despite never building an enormous lead, his victory rarely looked in doubt as Mercedes took their first win in Belgium for three years.

As Hamilton led Bottas off the line, Verstappen narrowly held off Ricciardo as Albon lost a place to Ocon, one he later got back at the pit stops.

A safety car was required on lap 11 due to a significant crash involving Antonio Giovinazzi and George Russell, the Alfa Romeo spinning and his loose wheel colliding with the Williams.

That delayed proceedings for four laps and meant the majority of the field pitted earlier than anticipated.

Rumoured rain did not arrive, as all top three drivers limped home on aging tyres, although there was to be no repeat of the blistering and puncture drama seen earlier this season at Silverstone.

The main focus at the finish was Albon ultimately being unable to keep Ocon behind, with Ricciardo taking the extra point from Hamilton as he sprinted home without the tyre issues of those in front of him.

After a difficult first race of the season, Hamilton has moved further in control of the title race with every passing week.

His fourth win at Spa means he now comfortably leads Verstappen by 47 points and his team-mate Bottas by an astonishing 50 before the halfway stage of the campaign.

There is a huge gap below them, with Alex Albon – one year on from making his Red Bull debut at this circuit – still waiting for his first podium having been out-qualified by Verstappen in 15 of 16 races.

Ferrari won at Spa in 2018 and 2019 but were nowhere near the front this time on another miserable afternoon.

Having missed out on Q3 with both drivers, Leclerc and Vettel had a torrid time.

Leclerc surged up to eighth early on but had fallen back down to 12th by the seventh lap. He was hindered when Ferrari were not ready for him with tyres at a quick pit stop when the safety car arrived, and later had a slow second stop as the team worked on his car.

Meanwhile, Vettel was passed by the Alfa Romeo – powered by a Ferrari engine - of Kimi Raikkonen as well as locking up when Pierre Gasly cruised by him, with the German and Leclerc at one stage midway through the race battling each other hard for 12th spot, an incredible contrast to their scraps for victories and podium places last season.

A frustrated Carlos Sainz was unable to start from seventh due to an exhaust issue, the second straight year he could not begin the race at Spa.

The team had four top-five finishes in the first four races but have had none since at a time where Renault, from whom they will take Ricciardo in 2021, are finding some impressive form.