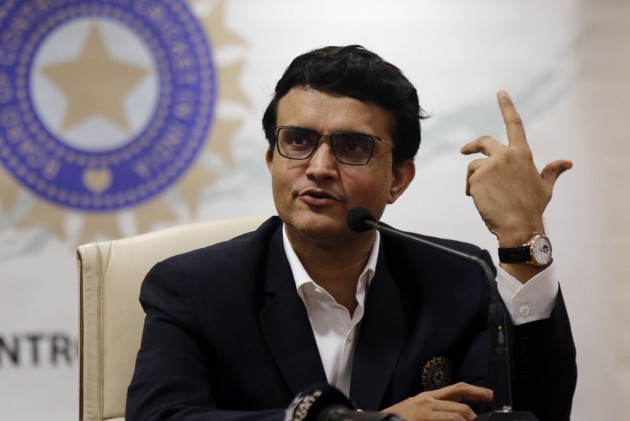 Former Indian cricket captain and current president of the Board of Control for Cricket in India (BCCI) Sourav Ganguly, who is also a hardcore football fan, believes the merger of Kolkata-based Indian Super League (ISL) franchise ATK and I-League heavyweight Mohun Bagan is a "momentous partnership for Bengal football". (More Football News)

He said both the clubs will be torchbearers of the advance of Indian football.

"A momentous partnership for Bengal football. I have no doubt ATK and Mohun Bagan will be torchbearers of moving Indian football forward together," tweeted Ganguly, who is currently at the helm of BCCI.

Former India captain Bhaichung Bhutia has also hailed the merger but opined that ATK should keep the 130-year-old club's jersey and logo to reap the rewards of their legacy.

Bhutia also revealed that he was the one who advised Sanjiv Goenka, Chairman, RPSG Group, to acquire a majority stake in Mohun Bagan during his time as advisor of ATK.

"It's good that Mohun Bagan is getting a good buyer but I think the colour and name has to be kept and the logo. Their history is very rich. It's good that RPSG Group is buying it, they are a very professional company. But I hope that they can completely use the Mohun Bagan colour, logo and jersey. It should be maroon and green," Bhutia told IANS in an exclusive interview.

"In fact, I had advised Sanjiv Goenka to buy Mohun Bagan and run the club together. That was the first time I told it to them. There was some issue with pricing and ATK felt it was a bit too much," said Bhutia who has played for Mohun Bagan.

The acquired football club will have brand names of ATK and Mohun Bagan. The RPSG Group will become 80 per cent majority shareholder while Mohun Bagan Football Club (India) Private Limited will own the remaining 20 per cent stake.

The merged club will come into existence from June 1, 2020 and will compete in the Indian Super League season (ISL) 2020-21, and in other important competitions in the All India Football Federation (AIFF) calendar.