Barcelona Vs Sevilla Live Streaming: Lionel Messi Up Against His Favourite Club As Barca Seek Hat-trick Of Wins - How To Watch

Barcelona will take on Sevilla in their third match of La Liga 2020-21 with a focus on Lionel Messi and Ansu Fati. Here's how you can watch the match live 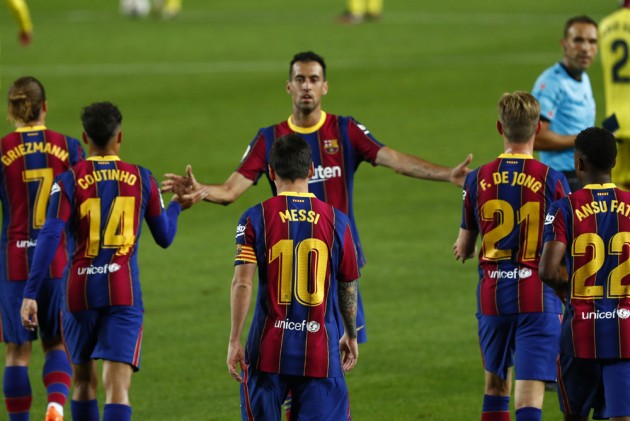 It will be an intriguing match. Barcelona against Sevilla. Both sides are unbeaten so far in La Liga 2020-21, winning two matches each. Sevilla are unbeaten in eight away games in the league, but Barca have won their last eleven games against their guest tonight at Camp Nou. In fact, Sevilla have not won a game at the Camp Nou since 2002. And the best they have managed at Barcelona this century have been a couple of draws. (More Football News)

Then there are the players. Lionel Messi loves playing against Sevilla. The maestro has scored 37 times against Sevilla in all competitions, which is more than any other side. The skipper will have the support of Ansu Fatti with the prodigious teenager needing two strikes before the end of the month to set a new record for league goals scored by a player under the age of 18.

The match will also mark the return of Ivan Rakitic, who was let go after six years at Camp Nou. He is likely to share the limelight with another former Barca player, Munir El Haddadi.

Besides the obvious starters, Barca boss Ronald Koeman would be looking to try out new combinations. While, the visitors will be without their manager Julen Lopetegui, who was shown a red card in their match against Levante.