Lionel Messi-led Barcelona host Elche in the Joan Gamper Trophy final as La Liga giants play their traditional curtain-raiser to the 2020-21 football season. Here's how you can watch the match live 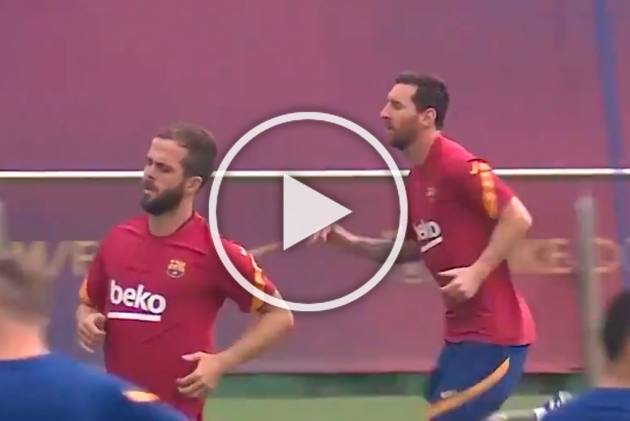 After two fairly comfortable wins in the pre-season friendlies against Gimnastic and Girona, Barcelona take on Elche in their traditional curtain-raiser -- Joan Gamper Trophy -- at Camp Nou on Saturday.

How to watch: The match will be televised live on Barcelona's Barca TV+ streaming service and also on Barca TV.

Both sides already announced their respective squads for the match.

Barca have named new player Miralem Pjanic and prodigious Ansu Fati in the squad. But Ronald Koeman continues to ignore both Luis Suarez and Arturo Vidal, with both stars likely to leave the club. Prodigous Ansu Fati has got the medical green light.

Fati sustained a hip injury during training and sat out the 3-1 friendly win over Girona in midweek but returns to bolster Koeman's attacking options.

Suarez is not among those, even as speculation over his future continues to shift. Juventus are reported to have withdrawn their interest in the 33-year-old Uruguay international, with Atletico Madrid emerging as contenders for his signature.

Inter Milan target Arturo Vidal is also not involved and there is no place in the 23-man squad for Riqui Puig.

The 21-year-old made his first-team breakthrough last season but he is another player rumoured not to be part of Koeman's plans at Camp Nou.

Messi returned and scored against Girona following his attempts to leave Barca earlier in the transfer window.