Barcelona have diagnosed Ousmane Dembele with a hamstring tear, pushing the France star's return to action back again 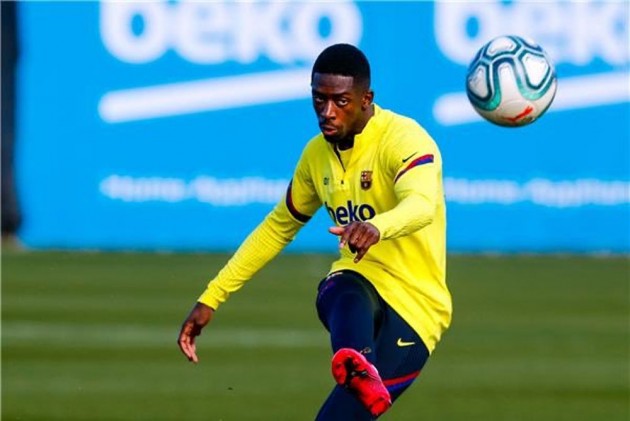 Ousmane Dembele has been diagnosed with a complete hamstring tear in his right leg, Barcelona announced on Tuesday. (More Football News)

Dembele sustained the blow during a training session on Monday, having been stepping up his recovery from a right hamstring issue that has sidelined him since November.

While the club provided no time frame for his recovery, multiple reports in Spain claim Dembele will be forced to sit out the rest of the season.

A Barca statement read: "Tests carried out on Tuesday on Ousmane Dembele have shown that the player has a complete proximal hamstring tear in his right thigh.

"In the next few hours a decision will be made on the treatment to be followed for his recovery."

Dembele has only made nine appearances for Barca this season and spent a month out earlier in the campaign with a left hamstring injury.

The 22-year-old arrived from Borussia Dortmund for an initial fee of €105million in August 2017 but his time at Camp Nou has been blighted by injury.

He underwent surgery on his left hamstring one month after joining the club and did not return to action until January 2018.

Dembele suffered another strain in the same thigh four games after making his comeback and spent another month on the sidelines.

At the end of the 2018-19 season, a sprained ankle was followed by a left hamstring strain and a right hamstring injury to restrict his involvement in the team.