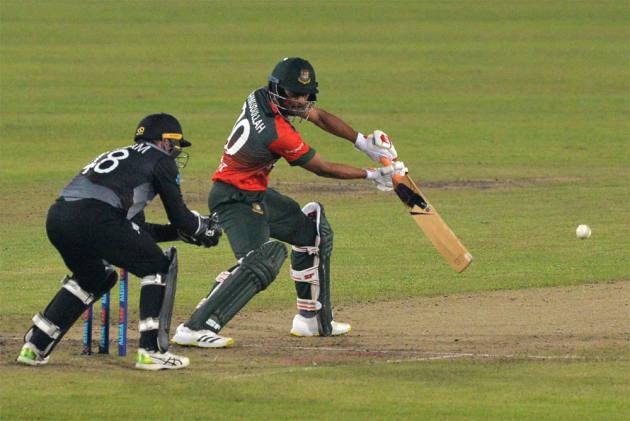 Bangladesh made history on Wednesday by winning their first-ever series win against New Zealand. Chasing a paltry target of 94 at Shere Bangla National Stadium, Dhaka, Bangladesh reached the target with five balls to spare. Now, they have taken an unassailable 3-1 lead in the five-match series. Bangladesh have lost the previous four bilateral series, which witnessed a 10-0 head-to-head record in favour of the Kiwis. Thanks to the six-wicket win, that record now reads, 11-3. Bangladesh's chase got off to a poor start, losing three wickets inside the first overs. But skipper Mahmudullah (49 off 48) stood his ground and saw the team home. Earlier, New Zealand captain Tom Latham won the toss and elected to bat first. But his decision backfired with only Will Young (46 off 48) playing a knock of note. For the hosts, Nasum Ahmed and Mustafizur Rahman claimed four wickets each. But it was another disappointing day for star all-rounder Shakib Al Hasan, who went wicketless and scored run-a-ball eight. The fifth and final match is scheduled for September 10 at the same venue. Catch highlights and cricket scores of BAN vs NZ fourth T20 match:

Mahmudullah hits the winning runs, a four off the first ball of the last ball.